MILWAUKEE (CBS 58) -- Milwaukee Police now say the car involved in the shooting of three teens near 36th and Glendale was also the car that fled from police causing a three-car crash near 40th and North.

Several teens were hurt following a shooting near 36th and Glendale.

Police say a 13-year-old girl, a 14-year-old boy, and a 16-year-old girl were all taken to local hospitals for treatment of what is believed to be non-life threatening gunshot wounds.

A 14-year-old boy was arrested on scene.

Police say the victims were uncooperative.

Police are investigating both incidents.

UPDATE: MILWAUKEE (CBS 58) -- A three-vehicle crash involving a school bus was allegedly the result of a car fleeing from police.

Milwaukee Police attempted to stop a vehicle being driven by a wanted suspect around 3:30 p.m. on Thursday afternoon.

Police say the suspect refused to pull over for police when signaled to do so and subsequently crashed, causing a three-vehicle accident near 40th and North.

The occupants of the bus, a woman and a 13-year-old boy, were taken to local hospitals.

The occupant of the pickup truck that was involved was also taken to a local hospital.

The four people in the vehicle that fled from police were taken into police custody and transported to local hospitals.

One of the occupants is being treated for life-threatening injuries.

MILWAUKEE (CBS 58) -- The Milwaukee Fire Department has been called to an accident near 41st and North.

The crash happened around 3:46 p.m. on Thursday and involved three vehicles.

A school bus was involved in the accident. 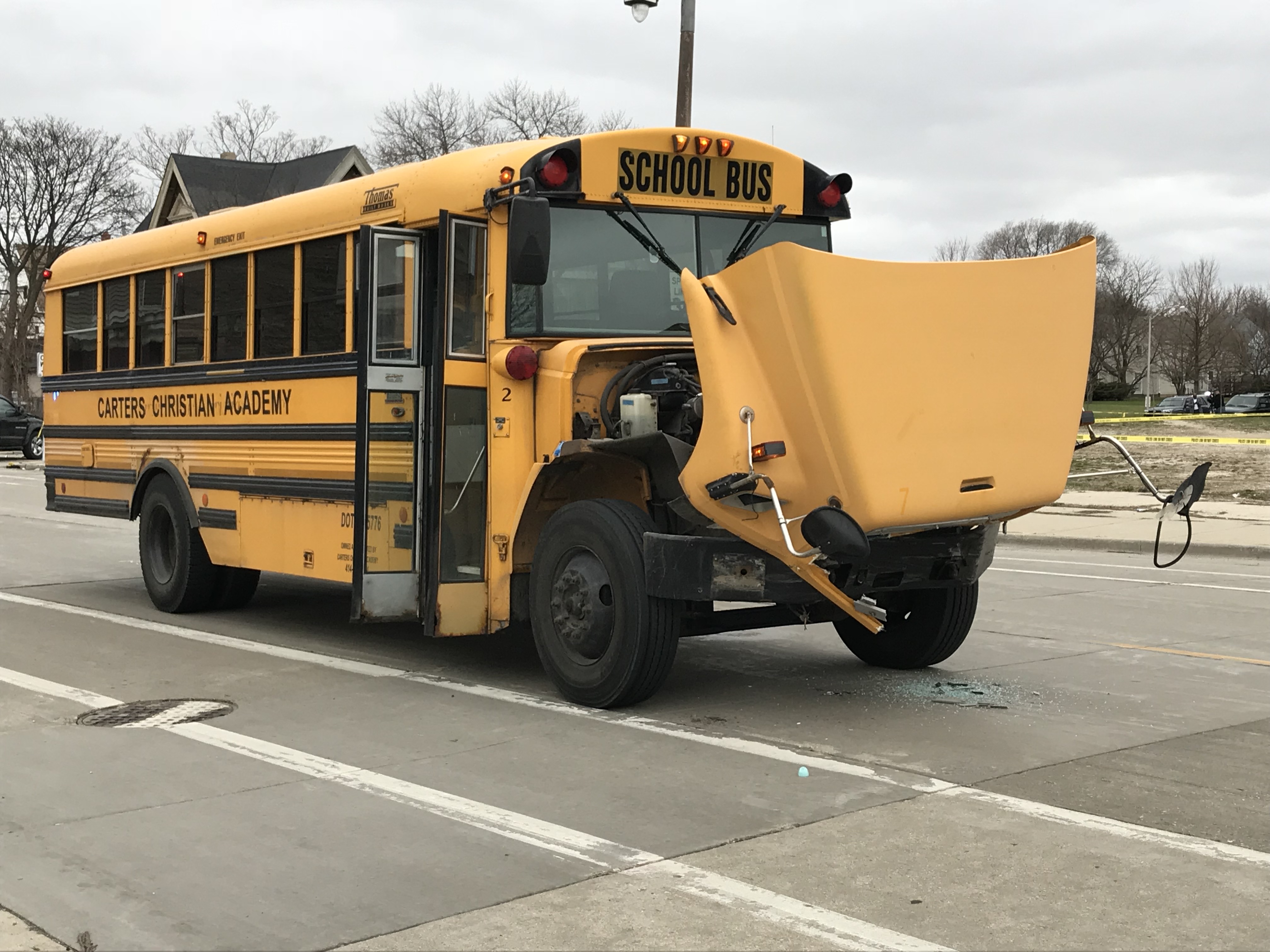 There is currently no word on the extent of injuries or what led up to the accident.