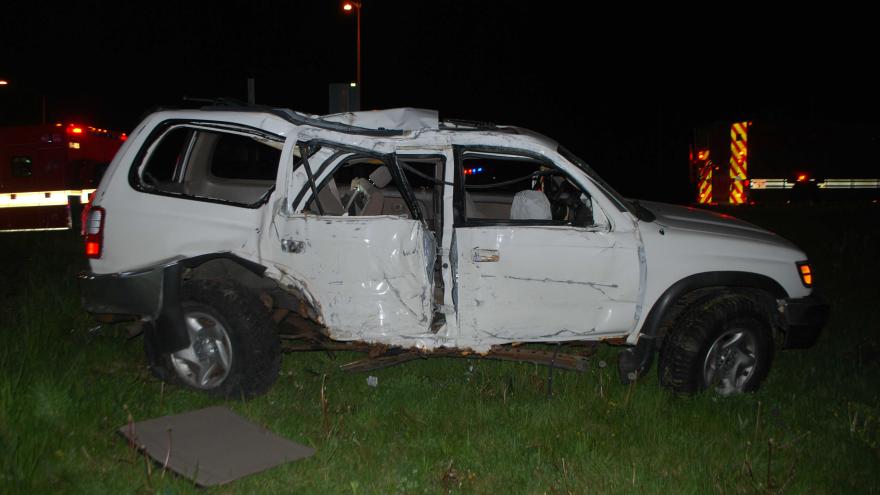 Saturday morning at 2:09 AM, a Milwaukee County Sheriff's Deputy observed a vehicle traveling south on I-43 approaching Howard Avenue without its headlights on and swerving. The vehicle exited the freeway at Howard Avenue at which time the deputy attempted to initiate a traffic stop.

The driver of the car refused to stop and the deputy initiated a pursuit on the city streets. The fleeing vehicle reentered the freeway at Loomis Road and continued to flee from the deputy at speeds reaching 100 MPH. The fleeing car attempted to exit the freeway at I-94 and Drexel Avenue but was unable to negotiate the curve and crashed into a sign post ending the pursuit. In total, the distance of the pursuit reached 11 miles.

The driver was identified as a 15-year-old girl who suffered non-life-threatening injuries and was taken to Children’s Hospital of Wisconsin for treatment. The girl told police that she fled because she took her father’s car without permission and didn’t want to get into trouble.

The girl was turned over to Children’s Detention Center and faces felony charges of Fleeing from Officer and Operating Vehicle Without Owner’s Consent.