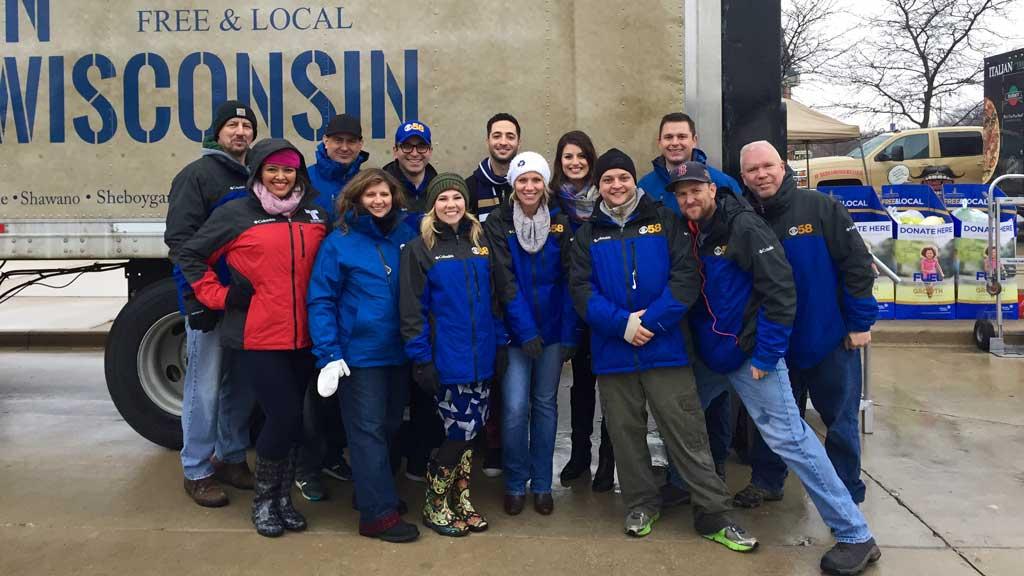 UPDATE: 131,000 pounds of food were collected during the Hunger Task Force Drive Thru Food Drive at Miller Park on Wednesday.

This was 29,000 pounds of food more than what was collected last year.

Milwaukee Brewers General Manager David Stearns and Ryan Braun were among the volunteers.

ORIGINAL: It's the calm before the storm of donations that volunteers anxiously await when Southeast Wisconsin answers the call for food.

We're all hoping to to knock it out of the park for Hunger Task Force Wednesday at the annual Drive Thru Food Drive at Miller Park.

You can start dropping off food as early as 5:00 AM and the drive thru will go until 6:00 PM. CBS 58 will be out there all day doing live reports and volunteering to take your donations.

Even with it being only one day until Thanksgiving, many families are eagerly awaiting some much needed holiday food. Most of the food collected will be distributed within 24 hours to families in need for Thanksgiving.

"It's an opportunity to give back," Brewers left field Ryan Braun tells CBS 58 News. "I've been fortunate to be part of it for several years. We just need everybody to contribute.  It all goes to good use. Great cause, to people who are in need."

Just pull up to Halfaer Field.

You don't even have to get out of your car.

There will be other goodies courtesy of the Brewers Community Foundation throughout the day.

"Without the community organizing these food drives, we would not be putting food on the table for 36,000 local families," says Sherrie Tussler of Hunger Task Force. "Over 60,000 hot meals are served through our soup kitchens and shelters.  And that's every single month."

Since 2012, CBS 58 has committed its resources to make sure this day before Thanksgiving tradition a success.

But the true measure of this event is the pride you feel when taking part.

Hope to see you there.

And then tune in all day for coverage on CBS 58 News.

We will be broadcasting during the regular news programs with live updates throughout the day.