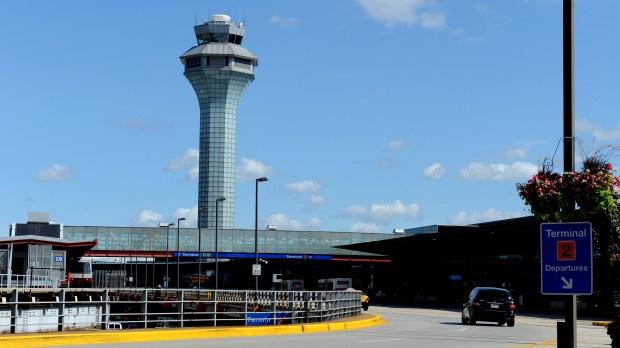 While the weather may be "nasty" gas prices are "nice." Nice and cheap that is. AAA reports that Wisconsin's prices are over 60-cents less than last year.

Tony Torres, traveler "I love the cheap prices, we've been going everywhere, I used to be a truck driver and this is really great."

AAA says nearly 100-million people will travel more than 50 miles this holiday, 91-million of those people are driving.

Steven Sidoff, traveler says, "With the presents and kids and everything else to spend money on it's kinda nice to get a break on gasoline but I don't know why it can't be like that all the time."

Traveler, Bobby Thao says, "Gas is cheap because everyone is going out of town so everybody better fill up before Christmas."

And it seems you can't go wrong flying either. AAA says airfare is six percent lower this year.

Erin Harrison says, "I was surprised flying this close to Christmas it was a reasonable price. Definitely better than most years on Christmas."

And travelers we found say they're grateful to be at Mitchell International Airport in Milwaukee, which looks like a library compared to O'Hare in Chicago.

Nancy Vondrak, a traveler says, "It's easier traveling out of Milwaukee than O'Hare. Sometimes we don't have a choice but seeing the footage of O'Hare this is nice."

But not everything is smooth sailing-- the weather did put a kink in some people's holiday-- with delays on many of the flights. Shannon Lipe says her flight has been delayed several hours.

"It's been a long week of finals and so I just want to go home and see my family especially since it's close to Christmas so it does suck."

The good news is gas prices are expected to stay low into the new year.