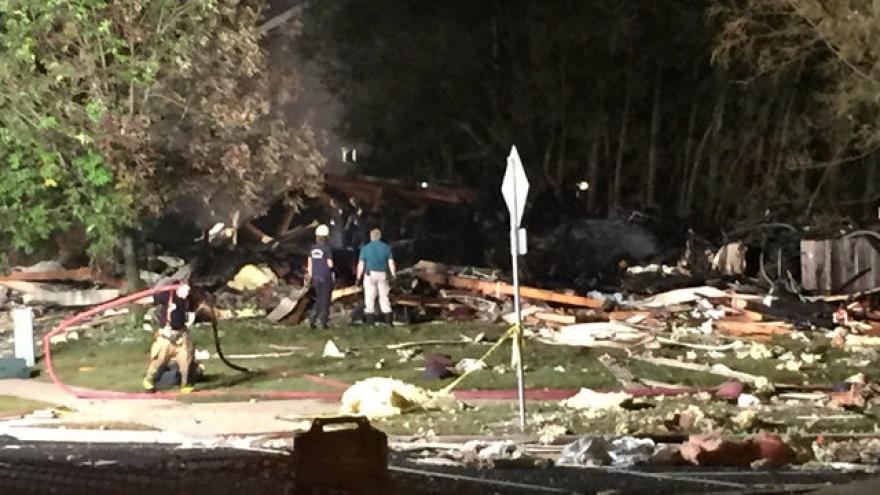 Update:  (WISC) A body was found Friday morning at the site where a house exploded on Madison's west side two days earlier, a fire official said.

The Madison Fire Chief Steve Davis said the body was found at about 9 a.m. Friday.

Crews resumed work at about 8 a.m. at the site of the Stratton Way explosion.

MADISON, Wis. (AP) — Police say one of the people who lived in a Madison house that was leveled by an explosion cannot be located.

Investigators continued to search the rubble Thursday with specialized dogs.

Heavy machinery was brought in to move the debris.

Police spokesman Joel DeSpain says one of the homeowners has been interviewed by detectives.
The other homeowner remains missing.

Fire Chief Steven Davis says gas is a suspected factor in Wednesday's explosion which scattered debris hundreds of feet away.