Zayn Malik leaves One Direction: A survival kit for parents 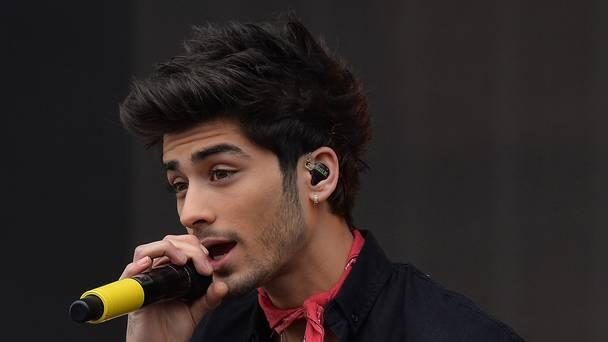 Around the world, parents are navigating deep, uncharted emotional waters after a young man decided to leave a band.

For parents bewildered by the sudden outpouring of grief, here are a few facts to use as anchors in the sea of despair.

Malik left the band. He didn't die. He wasn't thrown out. He quit, because he's young and didn't want to do it any more.

\"I am leaving because I want to be a normal 22-year old who is able to relax and have some private time out of the spotlight,\" he said in a statement posted on the band's Facebook page.

Sound fair enough? In the world of One Direction fans, ABSOLUTELY NOT!

A few more facts for emotional ballast: The band is staying together. The other four will continue to tour and make records and even work on their fifth album this year, the statement said.

So, now that the facts are out there, how do parents cope with what may seem to be a completely over-the-top irrational response to a small change in line-up?

1. Help! My 1D fan is crying inconsolably. What should I do?

Never, ever, underestimate the depths of adolescent emotion.

\"Teenagers are wired to feel emotional and to feel almost obsessive about things, and passionate and impulsive. So it makes sense biologically that they are this entrenched in 1D,\" says Dannielle Miller, an author and teen girl educator.

After the loss of Malik, Miller says many teenagers are coping with a sense of loss they've never felt before. To them, it is real, and incredibly painful.

\"The last thing you want to do as a parent is to just think it's silly and to laugh at your child if she's really upset about this because her feelings will be very real to her,\" Miller says. (Or him, as the case may be).

\"If you choose to laugh at her or tease her about it, then she's not going to tell you when she's grieving about other things in her life that she's really struggling with.\"

Arm yourself with some tissues and take a step back, advises child psychologist Dr. Louise Porter. \"A parent's job is to understand that they're sad, even if we don't understand why. If we think it's an over-the-top reaction for the circumstances, that doesn't matter,\" says Porter.

She advises against trying to placate and console.

\"You don't need to console, you don't need to give advice. There was a famous communicator by the name of Marshall Rosenberg who said 'don't just do something, stand there.' They just need us to hear the message that says 'you're sad.'\"

There's some scary stuff out there, not least the Twitter hashtag #cut4zayn or #cutforzayn.

Fans are posting images of slashed arms, as a sign of devotion or warped attempt to pressure Zayn to change his mind.

In one instance, a user posted a photo that appeared to show the bloodied words \"I LOVE ZAYN\" etched on his or her arm.

There's a precedent, Miller says. In 2013, a similar hashtag started that urged fans to \"cut for Bieber,\" after reports that singer Justin Bieber was caught smoking marijuana.

\"A lot of those pictures were since proven to be hoaxes, so a similar thing could be happening here now,\" Miller says. \"But regardless, the reality is lots of teen girls do think that these pictures are real and are sharing them.\"

Miller says seeing images of self-harm could encourage vulnerable girls to do the same.

\"As a parent it's really concerning because images of people self-harming can be quite triggering,\" she says.

Look for signs of self-harm. Your child might start wearing clothes that deliberately cover their arms and legs, or become especially withdrawn.

Miller advises parents to ask the children outright: Are you hurting yourself? \"There's nothing wrong with being quite direct about it,\" she says. \"Early intervention is always great because then she needs to learn a healthier way of dealing with stress.\"

3. Should I ban my child from the Internet until the grief subsides?

The Internet is awash with melodrama on the issue of Zayn and what next for One Direction. Girls are sobbing on Vine videos, while on Twitter fans are competing to express the extent of their grief.

Experts say it's not necessarily a good idea to slap an outright ban on the Internet, no matter how strongly you feel about its negative influence.

Miller advises clearly explaining to the child why it would be better not to log on. \"Explain why, don't get cross at them. They're not doing anything wrong. They're grieving with what they see as their tribe.\"

But she adds: \"What you're seeing on there is a feeding frenzy of grief which is really isn't helpful.\"

She suggests offering to replay a One Direction concert, or if the pain is still too raw, go for a walk or do something else.

4. How long will this last?

The good news for parents is that the trauma should subside after a couple of days.

And if it takes longer?

\"You don't want to rush children but if it's going on for a couple of days, you might say, \"passively coping and just being sad probably isn't going to work for you in this or in life in general so what can you do to make yourself feel better,\" Porter says.

Miller says for many teens, the partial break-up of One Direction signals an end of an era. But she says if the grieving goes on for longer than a couple of days it may be advisable to talk further and perhaps seek external help.

5. Shhhhh. Could Zayn's departure be a good thing?

Right now, grieving One Direction fans may not want to hear it, but for parents Malik's departure offers a great opportunity to teach an important life lesson.

\"This is quite a nice introduction to grief,\" says Porter, pointing out that the vast majority of Malik's fans don't know their idol. And after all, he hasn't died.

Miller agrees. \"For parents, this is an incredible opportunity to show your child how to be more resilient.\"

\"In doing this now, in what is really distant from them, then you're giving them a wonderful scaffold to fall back on when in the real world someone leaves them or breaks their heart. We all need to learn that skill,\" she says.

Look for the silver lining. Miller says Malik has set a great example for his fans by choosing his personal happiness over fame, success and money.

\"That's something they should admire him for,\" Miller says. She suggests asking your child to tell you what other positive outcomes might come from this. A brilliant solo career? A happier Zayn?

A quick checklist for parents, courtesy of Miller.

And through all that remember, in the wise words of Malik: \"It was 5 great years.\"