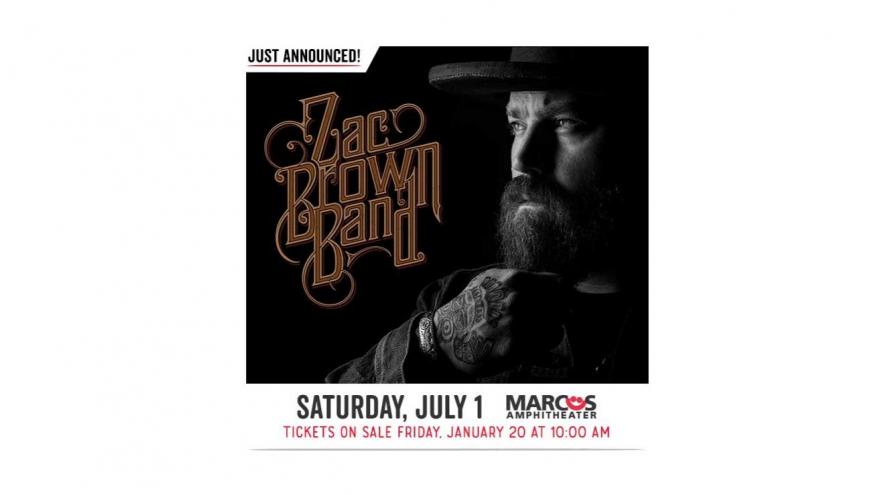 Zac Brown Band are making their return to the Marcus Amphitheater on Saturday, July 1 for Summerfest's 50th.

Tickets for Zac Brown Band on July 1 go on sale Friday, January 20 at 10:00 AM CST and include Summerfest admission.

Patrons may also utilize "ticketfast" at Ticketmaster.com to print barcoded concert tickets from home.  Convenience fees may be added to all purchases.

The Summerfest presale for Zac Brown Band will run Thursday, January 19 from 10:00 AM until 10:00 PM CST or until presale inventory has been exhausted. A presale code will come available later on.