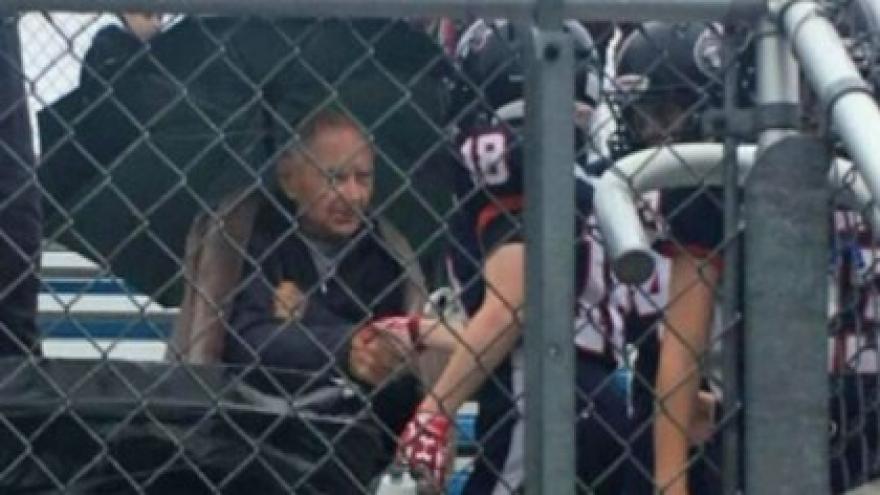 BOSTON (CBS) – An entire youth football team in Pembroke walked off the field last Saturday to shake the hand of a 94-year-old veteran and to thank him for his service.

“I am on the Titans, I am number 45,” says 10-year-old Chris McNamara. Last Saturday Chris and his Pembroke teammates learned more than tackling.

Bill McNamara, a World War II veteran and Chris’s great-grandfather came to watch the game. When the coaches found out he was there, every player went into the stands to shake his hand.

Chris says right before the game he knew the coaches were teaching the team something more than football.

“I feel like they are trying to make football players be able to be like good kids,” says Chris McNamara.

The stands erupted in applause as the 10 and 11-year-old boys shook hands with the 94-year-old vet.

“It’s just really nice to see them teaching them not only how to make the tackle safely or how to get to the end zone but how to respect your elders, how to respect World War II vets,” says Sharon McNamara.

For Chris, the team became something bigger. “I am just happy to be on the Titans it’s fun,” says Chris.

It was a small gesture that meant a lot to a 94-year-old veteran but with the controversy these days surrounding the flag and national anthem, perhaps it was a very loud statement by some young boys.