Young, beautiful and murdered. The mystery of Beth Buege 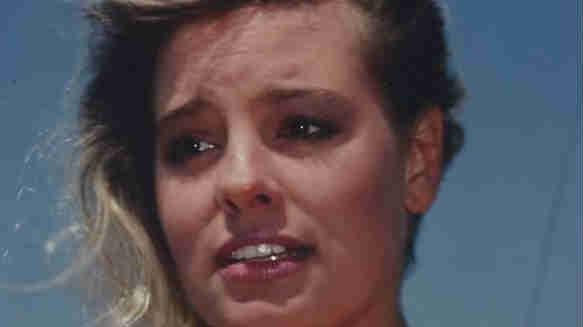 June 3rd will mark 25 years since Beth Buege was found strangled in her car along the 4900 block of North 49th Street in Milwaukee.

The 21-year-old jewelry store clerk was a stand out gymnast in high school and had hopes of exploring modeling opportunities at the time of her death.

The Milwaukee Police Department's cold case website gives a brief summary of the circumstances of her case. It reads:

\"Beth was found deceased inside of her 1985 Plymouth Laser automobile at 4943 N. 49th Street on June 3, 1990. She had been strangled to death. She had spent the night at her boyfriend's house and left there in the early morning hours.\"

Beth's brother Bruce has taken to social media and the internet to keep his sister's face out in the public and hopefully renew interest in her case.

Bruce Buege is convinced that somebody living locally is probably helping keep the killer's secret.

Buege is hopeful that with the passage of time, that person will seek to release the burden and give police the information they need to crack the case wide open.

Bruce was a special live guest Tuesday on the CBS 58 News at 4 p.m.

\"I'm doing this for Beth, to see that its' settled,\" Buege told CBS 58's Michele McCormack.

Both his parents have died and he said they always wanted to see the man responsible arrested. Now Bruce is left to carry on the mission.

\"It's a big brother kind of thing\" he explained.

Buege believes the man who last saw Beth holds the answers. He never understood why the man who is described by police as Beth's boyfriend, never showed up to her funeral or even sent a condolence card.

Buege also believes that the killer probably confided in someone else and Buege's convinced that person still lives locally.

He's set up a gmail account for people to leave information. justiceforbethbuege@gmail.com

For the record, the boyfriend was questioned but never charged. He has not been named a suspect by Milwaukee Police.
Share this article: