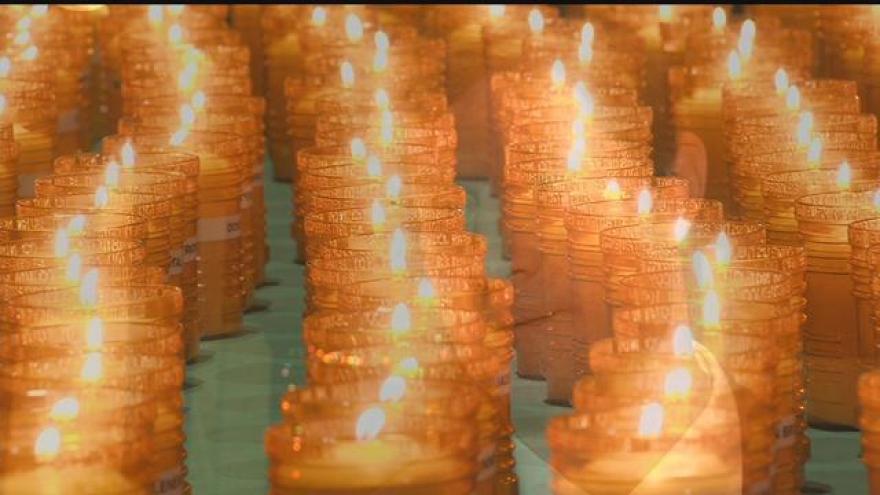 One by one, the candles were lit, each with a name of someone killed by violence.

One of the victim's names read aloud is Michael Prescott. The 21-year-old son of a local pastor was killed in November near N. 12th St. and W. Walnut St.

"I just feel like my insides have been ripped out of me because my son was such a huge part of me and the ministry," said his mother Rosslind Prescott-McClinton.

Those sharing the same grief and others to support them, filled the Saint Martin DePorres Catholic Church Wednesday night.

"No one has the right to take a life. There's nothing that serious that you should have or want to take a life," said McArthur Weddle, executive director of Northcott Neighborhood House. "If you have an issue, work it out in some kind of other way."

"It takes a village to get things together, to help each other, support each other along the way," Randall said.

Some say parents need to be more responsible for their children, others say prevention programs are key. However, those gathered together on this night believe the answer is prayer and they hold onto hope for a better tomorrow.

"I know that the Lord is soon to come," said Prescott-McClinton.

"You may have said I was a victim, but we are tonight victorious because of our hope," said Pastor Phillip Hill, Sr. of Faith Church Milwaukee.

According to District Attorney John Chisholm, about 65 percent of them are unsolved, including Michael Prescott's. Chisholm said getting justice for families takes cooperation from the community, police and the courts.