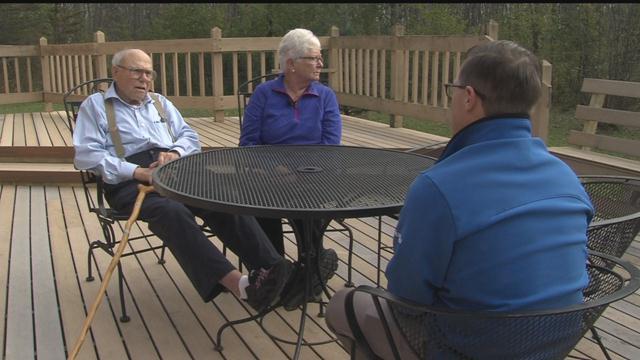 After this CBS 58 report, people called and emailed asking how they could help repair Barb and Charley Read's deck.

Last week, volunteers from Stars and Stripes Honor Flight, and JD Premier Construction came together to finish the Read's deck for free.

David Ward, who calls himself Pastor Dave, did not have a comment after being told volunteers finished the job he was originally paid to do.

Bob Pfeifer volunteers with Honor Flight, and helped finish the job at the Read's home last week. Pfeifer said, "I'll tell you, these people that take advantage of old people, just… there's a special place in Hell for these clowns; that's for sure."