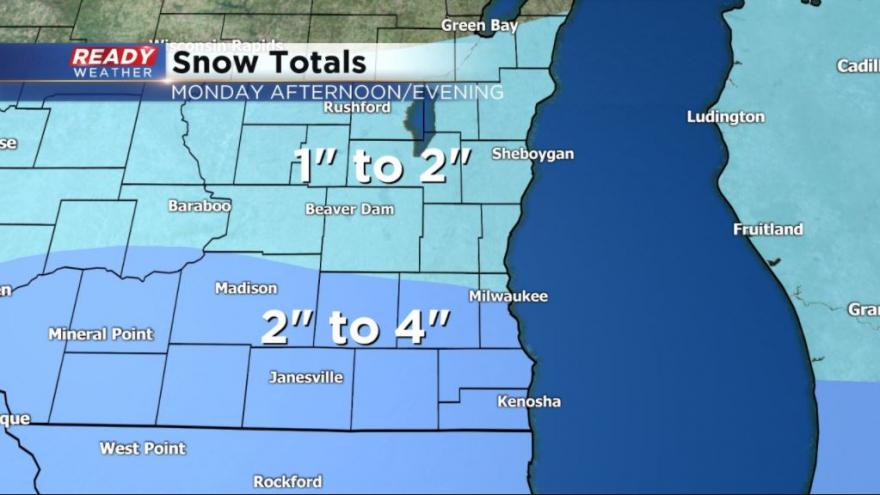 The winter weather advisory for Monday has been expanded north into Jefferson, Waukesha and Milwaukee Counties. Expected totals haven't changed with 2-4" expected in this area centered around the evening commute. Slick to snow covered roads are likely for the commute. 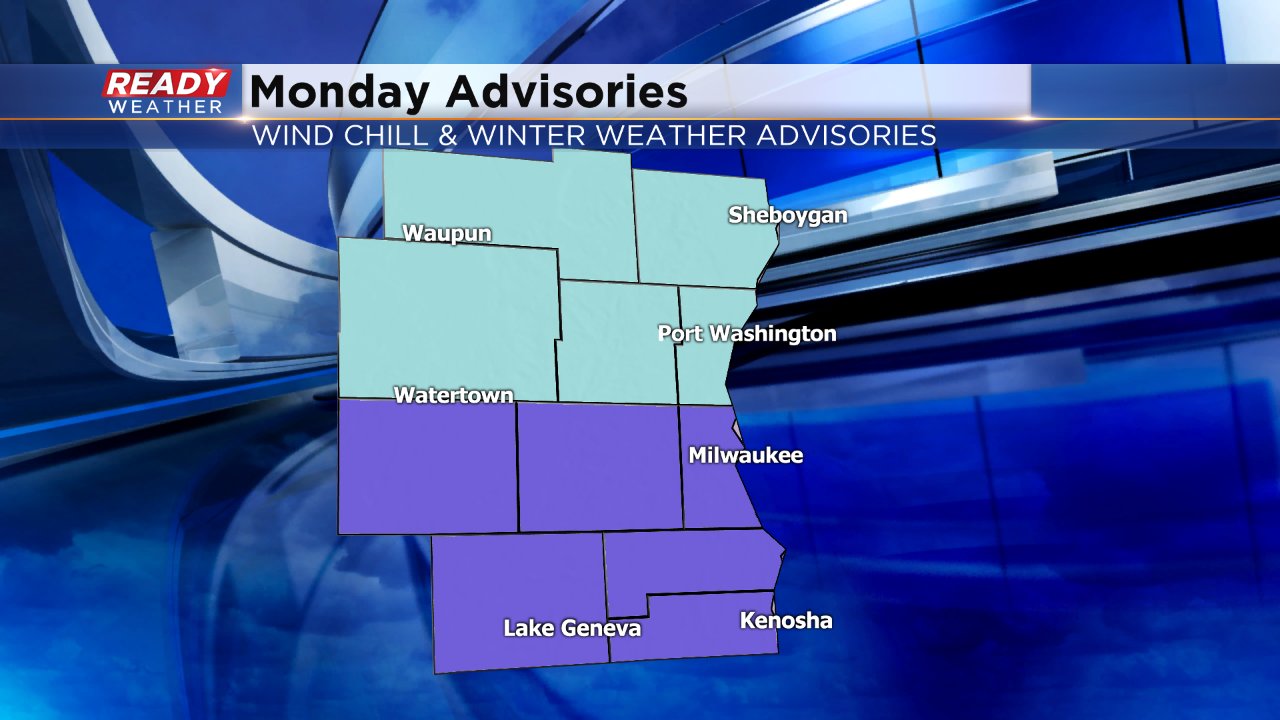 Our long duration snow event came to an end Sunday afternoon. In some spots the snow fell off and on for over 24 hours. Snow totals across most of southeast Wisconsin were fairly on track with the forecast, especially north where 5-8" of snow fell. A few southern communities only picked up 3-5" including Milwaukee. 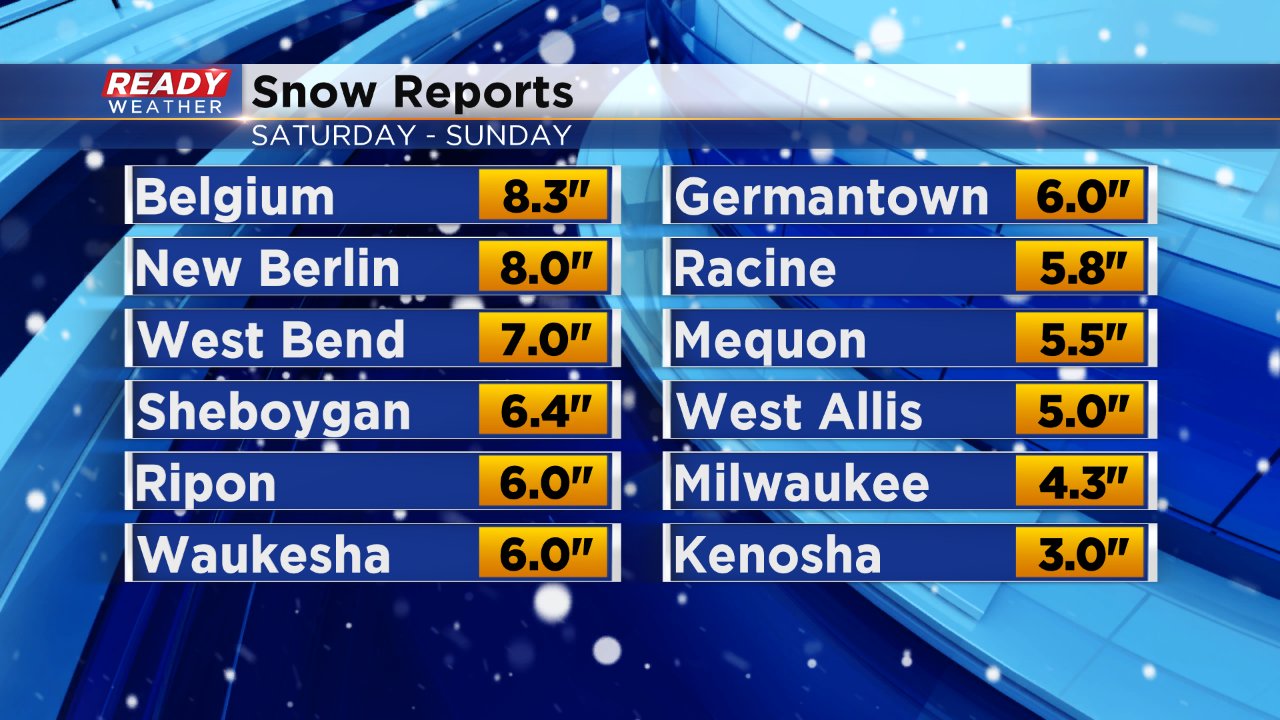 Even though the roads are just starting to clear out from the weekend snow another system is moving in, but before that we have to deal with some bitter cold. A wind chill advisory has been issued for our northern half of counties including Fond du Lac, Sheboygan, Dodge, Washington and Ozaukee from 9 p.m. Sunday night through 9 a.m. Monday morning. 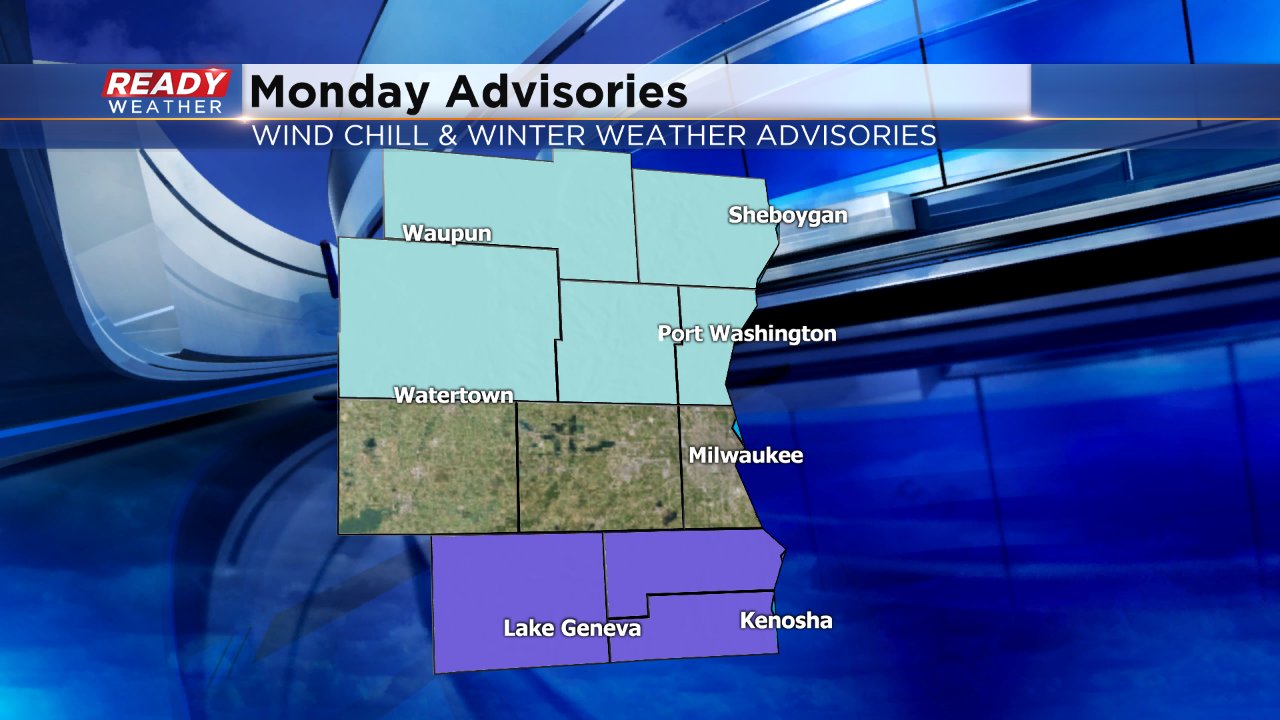 Wind chills Monday morning will likely drop to -15 to -25 where frost bite can happen in less than 30 minutes. 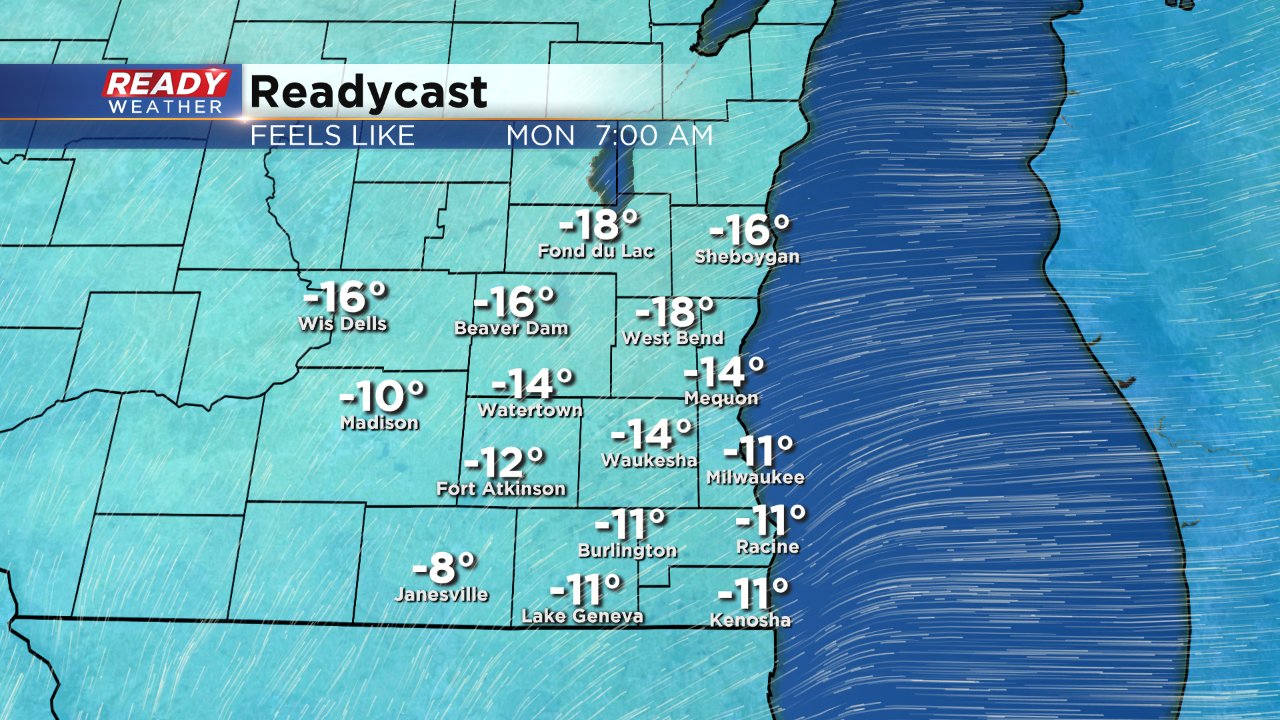 As you noticed on the advisory map above, a winter weather advisory has been posted for our southern tier of counties. That advisory starts at noon on Monday and lasts until 9 p.m. Light steady snow is expected to role through in the afternoon and continue through the evening wrapping up by 10 p.m at the latest. 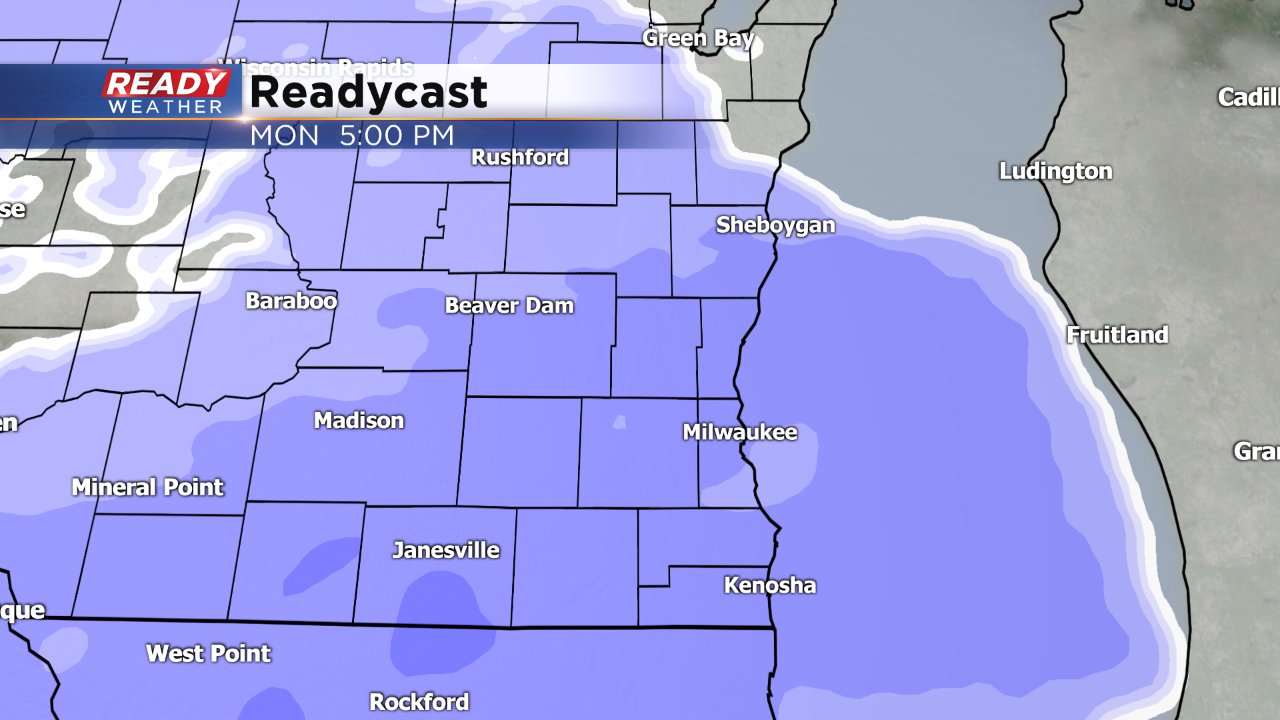 The snow will likely impact the evening commute, even in Waukesha and Milwaukee. Slick and snow covered roads are expected with a light, fluffy snow. Some minor blowing snow may also be possible. Highest snow totals will likely be in the advisory area where isolated spots could see as much as 4". Areas north of I-94 will pick up around 1-2". Milwaukee and other cities along I-94 will see about 2-4".

Download the CBS 58 Ready Weather app to track this next round of snow and see when our next chance for accumulating snow arrives in the 10-day forecast.