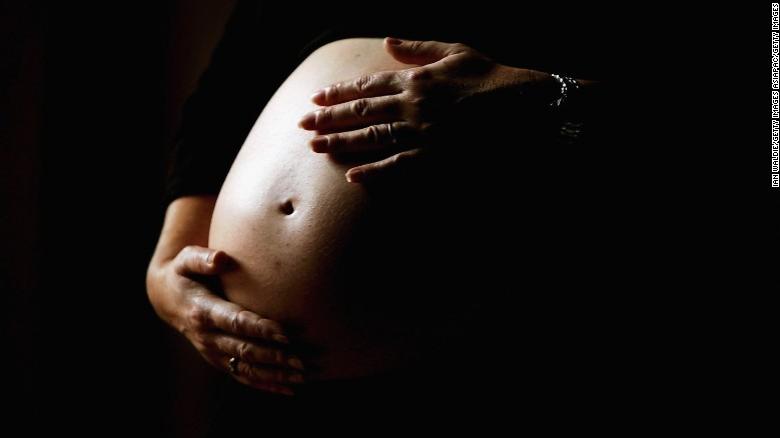 (CNN)Every month, more than 3 million women in the United States risk having an alcohol-exposed pregnancy, the Centers for Disease Control and Prevention said in a report Tuesday.

"A woman was considered at risk for an alcohol-exposed pregnancy during the past month if she had sex with a male, drank any alcohol, and did not (and her partner did not with her) use contraception," the CDC report said.

The team analyzed data from the 2011-2013 National Survey of Family Growth and found that three in four women who wanted to get pregnant as soon as possible reported they continued to drink alcohol.

"About half of all pregnancies in the United States are unplanned, and even if planned, most women won't know they are pregnant for the first month or so, when they might still be drinking," said Anne Schuchat, principal deputy director at the CDC.

"Alcohol can permanently harm a developing baby before a woman knows she is pregnant," Schuchat added. The report advises health practitioners to inform women to stop drinking as soon as they stop taking birth control.

Drinking alcohol during pregnancy is "associated with a range of complications and poor reproductive outcomes and can cause fetal alcohol spectrum disorders (FASDs), which are characterized by lifelong physical, behavioral, and intellectual disabilities," the CDC report said, adding that exposure to alcohol in the womb is one of the leading preventable causes of intellectual disability in children.

It can also "increase the risk of miscarriage, stillbirth, prematurity, and sudden infant death syndrome (SIDS)," the CDC said.

Is drinking a norm?

The sight of a woman sipping a glass of wine during her pregnancy is common in many parts of the world and deemed by many to be socially acceptable.

A CDC report in 2015 found that one in 10 pregnant women in the United States reported drinking alcohol in the previous 30 days, and 3% reported binging -- defined as four or more alcoholic drinks in two to three hours.

Some countries showed more alarming data: In a study published in the British Medical Journal, drinking rates were found to be as high as 80% during pregnancy in Ireland, and between 40% to 80% in the UK, Australia and New Zealand.

The CDC warns there are no known safe limits of alcohol during pregnancy.

"Alcohol compromises a number of systems that support the baby," said Philip May, research professor at the Gillings School of Public Health at the University of North Carolina, Chapel Hill. "(For example) nutrients like iron won't reach the fetus for proper development," he said.

May has been studying FASDs for more than 30 years, and recent work by his team revealed surprising new estimates for the number of children affected by these disorders in the United States.

"We have estimated rates of 2-5% in the general population and it's probably very similar for many countries in Europe," he said.

The conditions span a spectrum because symptoms can vary dramatically and can develop at different stages of life. Symptoms include growth and facial development challenges, but more often behavioral and intellectual disabilities such as hyperactivity, poor language skills, concentration and poor math skills -- most of which are not obvious at birth and difficult to diagnose before children reach school age.

"It's much more common than we thought," said May.

"Ninety percent of all outcomes from drinking during pregnancy affect the baby's central nervous system," said Denis Viljoen, chairman of the Foundation for Alcohol Related Research in South Africa. "It's a disability that remains throughout life."

Health officials said some mothers who did drink during previous pregnancies may not see a problem with the practice because their other children turned out fine, but experts caution that reasoning isn't safe because each individual is different -- and the severity of the effects of alcohol exposure is known to increase in subsequent children.

"The disorder is always worse in later-born kids," May said.