Women May Have Been Fertilized With 'Wrong Sperm' 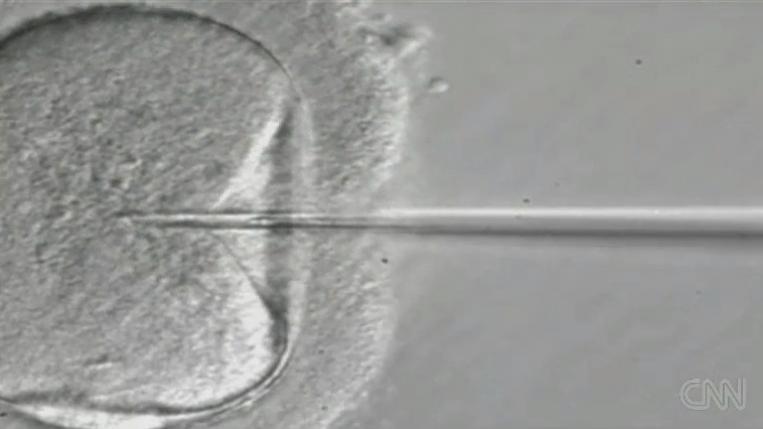 (CNN) A Dutch medical facility has launched an investigation after discovering that up to 26 women it was treating for infertility may have been fertilized with sperm from a man other than the intended father.

The investigation will cover fertility treatments that took place between mid-April 2015 and mid-November 2016 at the University Medical Center (UMC) in Utrecht. UMC described the mix-up as a "procedural error."

Half of the women in question have since given birth or are pregnant. UMC said that some frozen embryos may also have been fertilized with the wrong sperm.

All those affected by the error have been contacted. "We have been as transparent as possible," UMC spokesman Paul Geurts told CNN.

UMC said the probability of egg cells being fertilized by the sperm of a man other than the intended father was "small." However, it added that the possibility "cannot be ruled out."

The women were receiving a type of fertility treatment known as intra-cytoplasmic sperm injection (ICSI). It differs from in vitro fertilization (IVF) in that a single sperm is injected directly into an egg, instead of fertilization occurring in a dish where many sperm are placed near an egg.

Saskia van Vliet from Wageningen, a town in central Netherlands, received the ICSI treatment at the center in June of this year, and is currently 28 weeks pregnant. Despite initial concerns, she was told that she was not affected by the error after receiving a call from her doctor.

"I was worried at first, yes, because you don't want to be [told] your baby is not your husband's" she told CNN. "But also happy that UMC is so open about this and not trying to keep this a secret. I can't imagine how this is like for people that are involved."

A UMC gynecologist, Arie Frankz, told Dutch Channel 2 show Nieuwsuur (News Hour) on Tuesday evening that it would be reducing its volume of work during the investigation "so that procedures can be closely monitored."