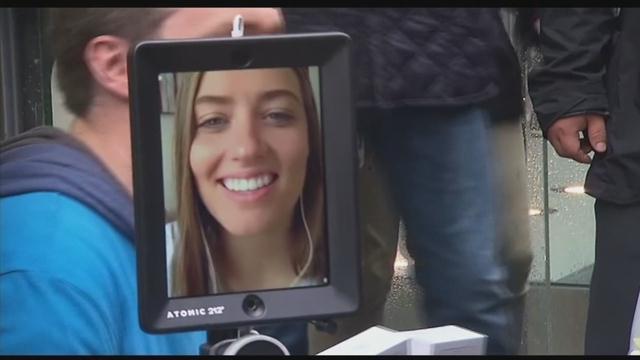 Many people waited in line like normal Friday morning for the new iPhone 6s and 6s Plus, but others took a page right out of Apple's book and found another way to wait for their iPhones.

“My boss just said to me, I know you are desperate for the new iPhone 6s but you can't miss time off from work. I can't spend two days in line, so he said to me take the robot down and let's demonstrate the future technology, says Luck Kelly.

Kelly lives in Australia and was loaned a robot by her boss so she could stand in line for a new phone.

Her robot got in line early Thursday morning, and she chatted with passers-by before the doors opened.

Kelly said the company she works sort of just had the robots hanging around the office. She did get in and purchase her new phone this morning.