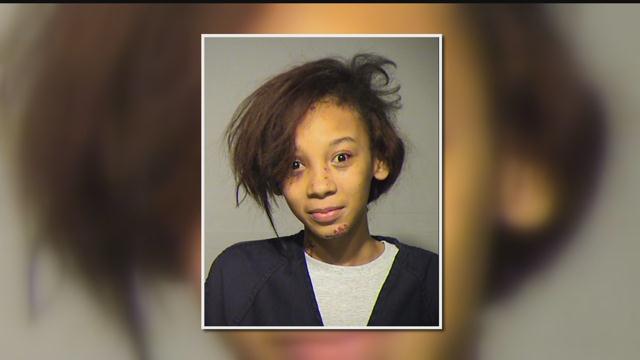 He dreamed about serving his country--but we'll never know what would have been for 19 year old Shawn Oliver.

Killed in a car crash caused by a woman who didn't even have a license.

Oliver died at the scene of the crash near 27th and Capitol and his family tells us he was in the wrong place at the wrong time because this was his first time meeting the driver.

"He was loved by everyone. He was loved. He was a good kid," said Jackie Oliver, Shawn's aunt.

The 19 year old's family is still coming to terms with the fact that he won't be here to celebrate his December 1st birthday.

"He'll be 20 years old and he was excited about his birthday," said Oliver.

November 19th Shawn and two friends were in a car driven by 18-year-old Samira Coleman-Wilks.

After unsuccessfully trying to pull her over for suspended plates, officers stopped and seconds later heard a large crash sound and observed a large cloud of smoke.

Oliver died in the crash. A second passenger, Mario Harrell was gravely injured.

The criminal complaint shows Coleman-Wilks was traveling at 83 miles per hour with the throttle at 100% just  before impact.

"Nothing she could say or do to bring Shawn back. And I just want to know---why? Why so fast. You have a car full of people!"

Oliver's family and friends even more upset to learn she also has never had a valid driver's license.

"If you knew you didn't have a license why did you get in the car? " asked friend Corinthian.

"She deserves life. She took life and she needs life," said Oliver's family.

Oliver's family says he had dreams of being in the military, dreams that were taken away from him.

They want to make sure Coleman-Wilks never drives again so no one else will feel the hurt that they are feeling.

Oliver's funeral is November 30th; Harrell is still fighting for his life in the hospital according to family.