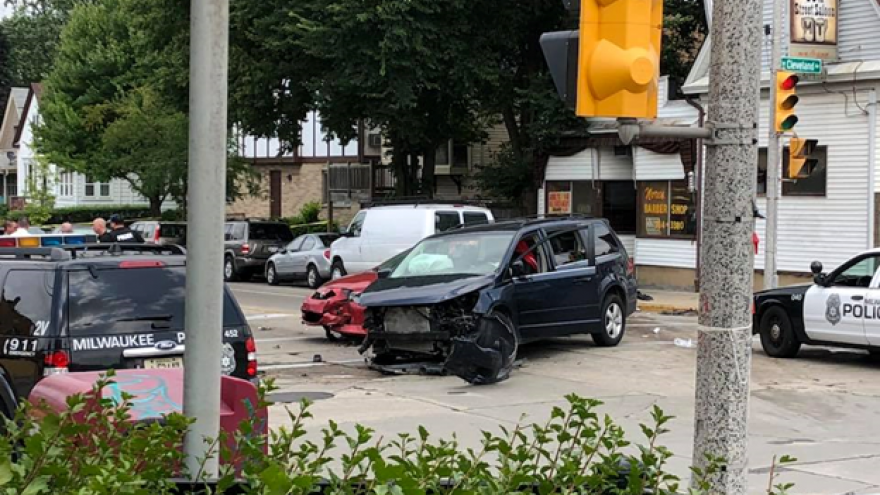 A Milwaukee woman is in custody following a vehicle pursuit and crash Saturday afternoon on Milwaukee’s south side.   The pursuit began around 12:15 PM in the area of S 20th Street and W Windlake road when MPD officers spotted a vehicle driven by a woman who is a suspect in several armed robberies.   After a shot chase,  the suspect’s vehicle collided with several other vehicles at S 13th Street and W Cleveland Avenue.   The suspect, a woman in her 20s, was alone in the vehicle.   She was injured in the crash and taken to a local hospital for treatment of her injuries.    The Police recovered a firearm from the suspect’s vehicle.  According to the Police, the occupants of the other vehicles received minor injuries.