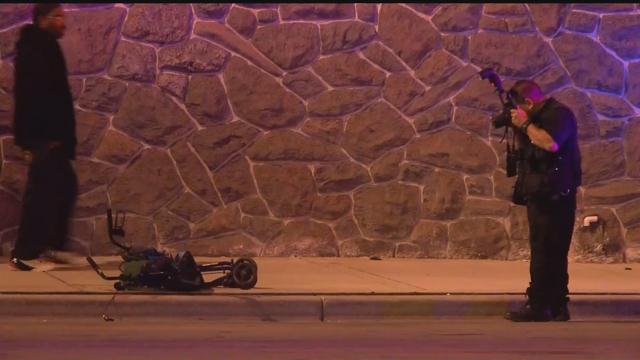 Milwaukee Police arrested a convicted felon after he fled from officers and struck the woman with his car on the City’s West Side.

Officers from MPD’s Neighborhood Task Force stopped a car for speeding in the 500 block of North 27th Street around 8:00 p.m. on August 27.

As the officers checked the driver’s information, they realized he had a warrant out for him for an August 2 armed robbery.  The officers re-approached the vehicle but the suspect fled in his car and struck a 59-year-old Milwaukee woman crossing the street.  She was transported to a local hospital for treatment of non-life threatening injuries.

Officers pursued the vehicle and the suspect fled from his car on foot near N. 27th Street and W. Brown Street.  The suspect, a 30-year-old Milwaukee man, was taken into custody a short time later.  During the arrest, the suspect fought with one of the officers and that officer suffered a minor injury.  Officers also recovered the suspect’s .40 caliber semi-automatic handgun with an extended magazine that he threw during the foot pursuit.