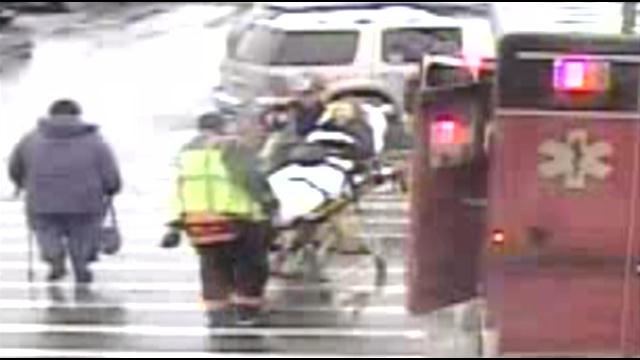 On Friday 32-year-old Kezia Perkins was given one year behind bars chest bumping an elderly woman at a Greenfield Walmart over a parking spot.

The judge handed down an additional two years supervision.

He refused to stay the sentence while the defense appeals.

It was a decision that brought Perkins to tears as she was taken from court in handcuffs.

Perkins was caught on surveillance video back in March. She was angry over a handicap parking spot the 71-year-old woman took and police say she head butt Janis Gotz.

Gotz fell and broken a hip. Police say Perkins had a handicap permit in someone else's name, and she could not park in the spot legally.

During court Perkin's attorney talked about how Perkins has PTSD after being raped and beaten for eight hours in the past and snapped because she was off her medication for breast feeding.

Both the victim and the attacker spoke in court.

"My life is forever changed by you, along with the bad dreams and many nightmares. I have a fear of being alone especially outside of my home," said Janis Gotz.

"I'm ashamed and I'm really sorry. I want Miss Gotz to know I'm very sorry. She prays for me and I want her to know I appreciate her for that and what she said to me I will take and I accept it," said Kezia Perkins.