MILWAUKEE (CBS 58) -- A Milwaukee woman says she is the victim in a puppy scam and that she's not the only one tricked into adopting a deathly sick dog. Now, she wants help finding out who did this.

The woman found an ad on Craigslist, and the seller asked to meet in a Petco parking lot. She says looking back, there might have been a few red flags in what she now believes is a get-rich-quick scheme.

When she picked up her dog, it was covered in vomit. Her new dog Jaz is now recovering from Parvo, a highly contagious, easily deadly disease.

The two-month-old Blue Heeler Collie mix she picked up from the Craigslist ad got very sick right away.

"I had the dog for about 6 days and one night he just started throwing up really violently, became seriously ill, couldn't keep anything down, and I knew we had to take him to the vet. The more I thought about that first time, when we went to pick him up, knowing there was vomit in the cage, I was thinking Parvo in my head. We took him to the vet, they confirmed Parvo," said Jaz's owner.

She is now trying to warn people about the woman she bought her dog from, but has asked to stay anonymous out of fear of retaliation from them.

When the family brought Jaz in for treatment, the vet mentioned there was another dog with a similar story being hospitalized for Parvo. Jaz's owner shared her information with the family.

"We compared notes. It turns out she bought the dog from the very same person I did," said Jaz's owner.

Since her dog was diagnosed with Parvo, she's found a handful of people that adopted sick dogs from the same person on Craigslist. The ads are similar. 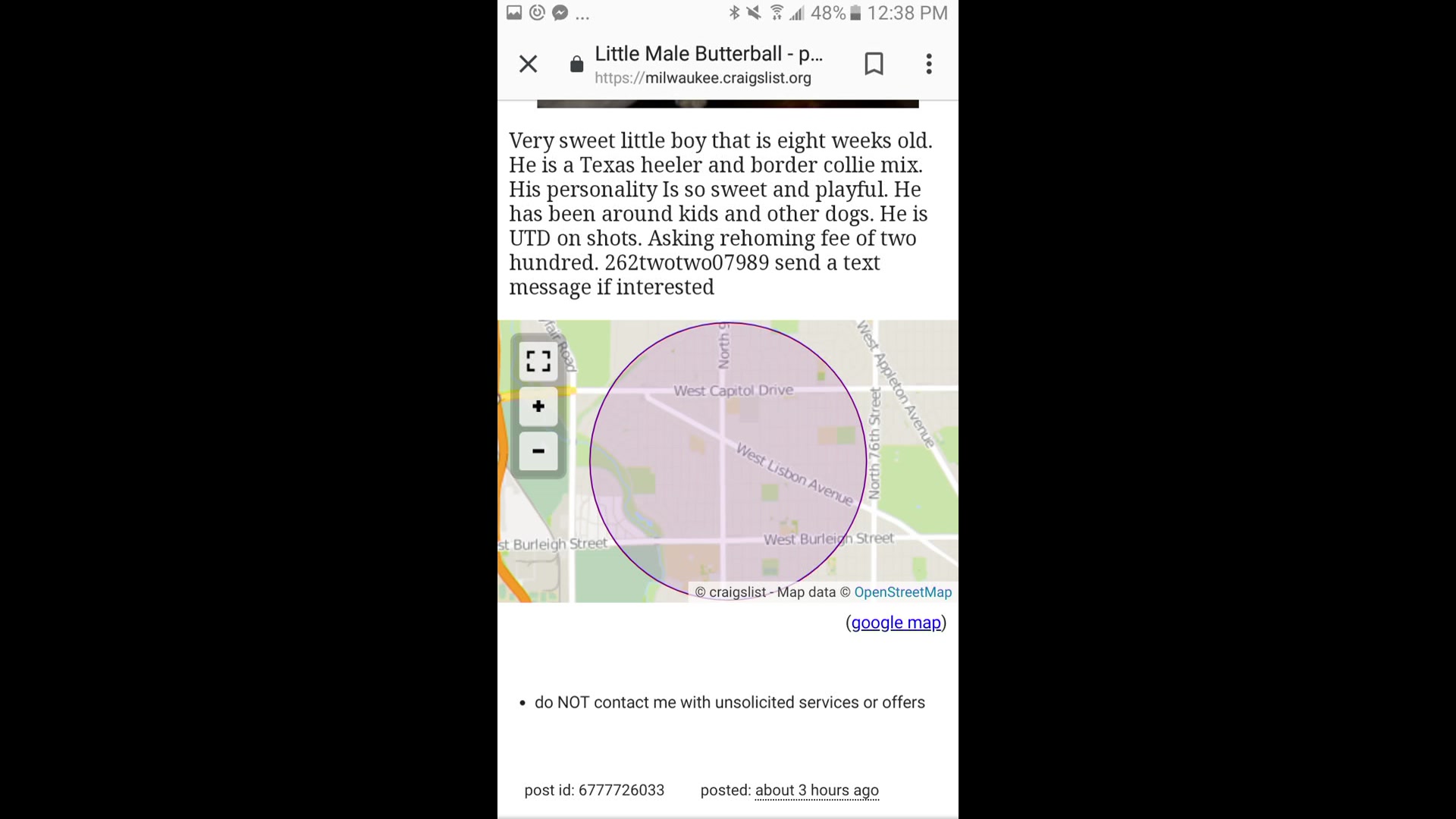 The seller preferred texting, and in each ad phone numbers were all different. Jaz's owner suspects a fake number application was used. But every single buyer was given the very same expired health record. 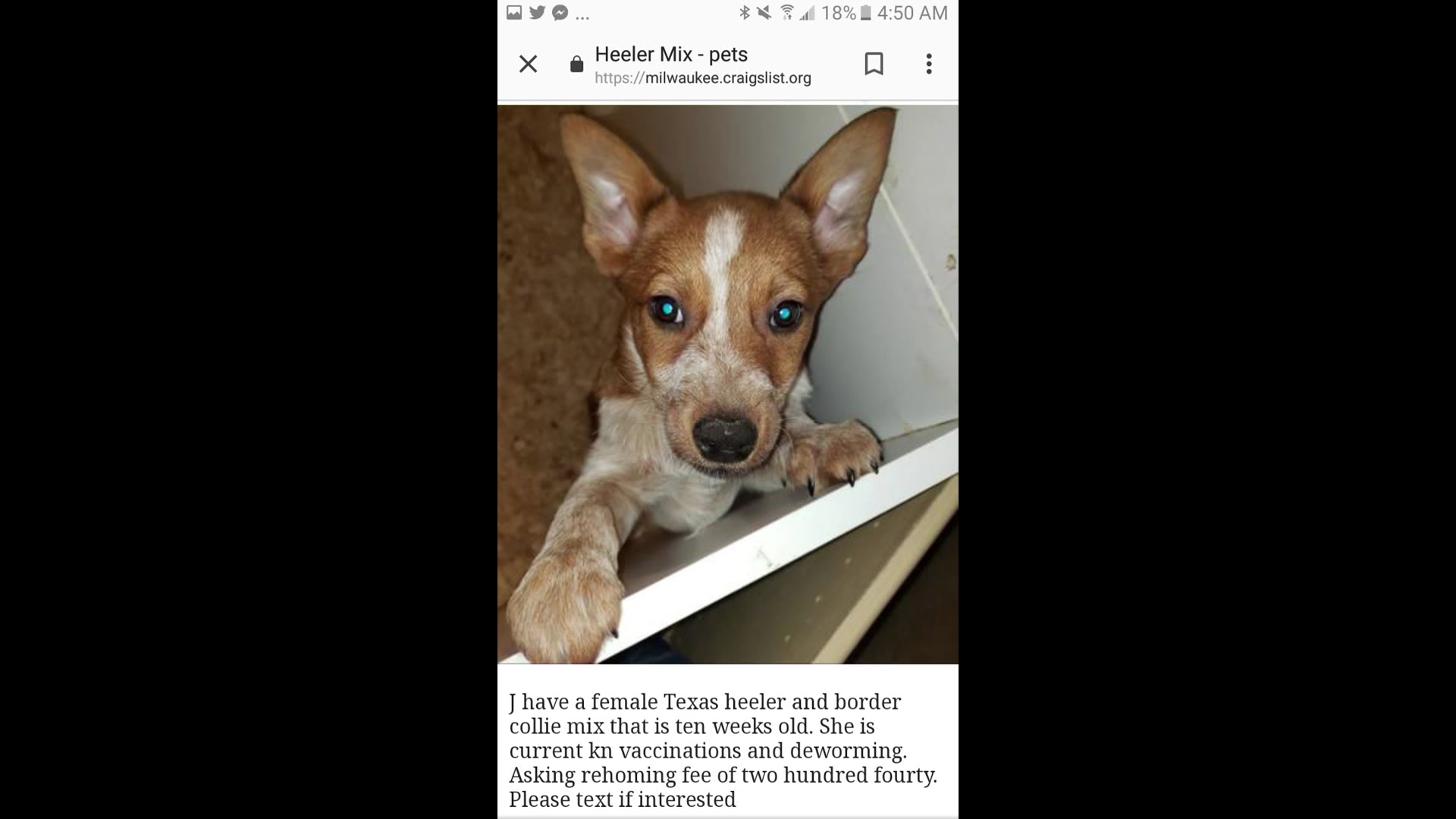 After buying Jaz, his owner was told the dog had a clean bill of health, but then she took a closer look at the immunizations records that came with the dog. 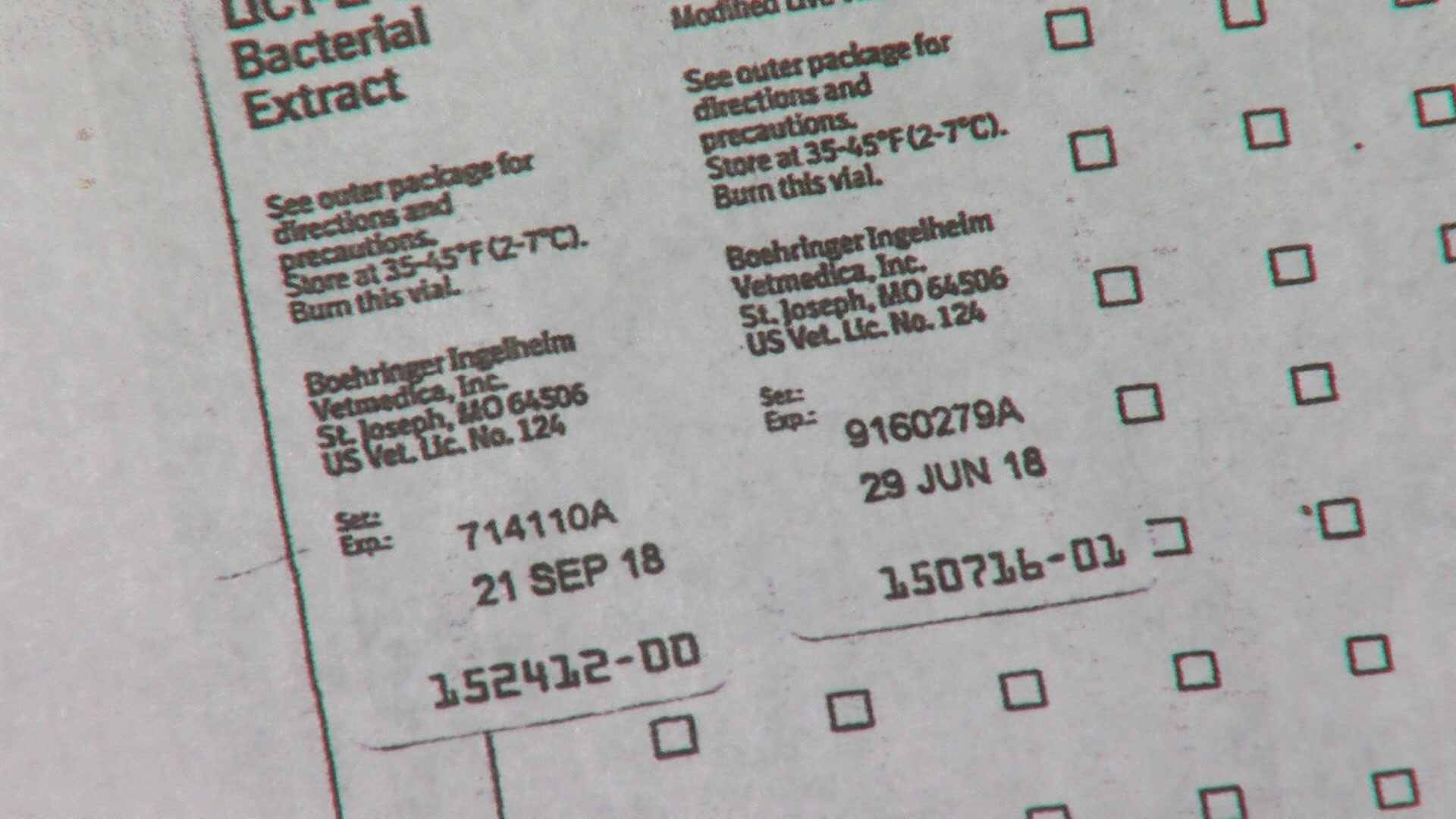 The health record says Jaz was given two vaccinations: one on November 22nd and another on December 12th, but the photocopy of the immunization given shows the vile expired before Jaz was even born.

CBS 58 tried calling and texting three of the numbers given on the Craigslist ad and got no answers.

"It just seems like this is a business for her. Something that's been going on for quite a while. one person I spoke to had adopted. stated her dog died, didn't make it."

"The fact that somebody would sell him knowing he was sick, and not get him medical treatment...It's really heartbreaking," said Jaz's owner.

Jaz's owner says she recently came across a post on Facebook about two Heeler cross litters being sold in Norwalk, Wi. The person selling them told Jaz's owner an unknown couple matching the Craigslist sellers' description bought all the puppies that were left in one day.

Some of the other families Jaz's owner has connected with say the woman also works with a man, and sometimes they sell the dogs together. They have been driving a Black and Silver Nissan Sentra, and also seen in an SUV.

Jaz's owner called MADACC, the Humane Society and the Department of Neighborhood Services. Police told her they couldn't take any action against the Craigslist seller because there is no way to trace them.

If you have any information on this case, you can contact your local authorities.