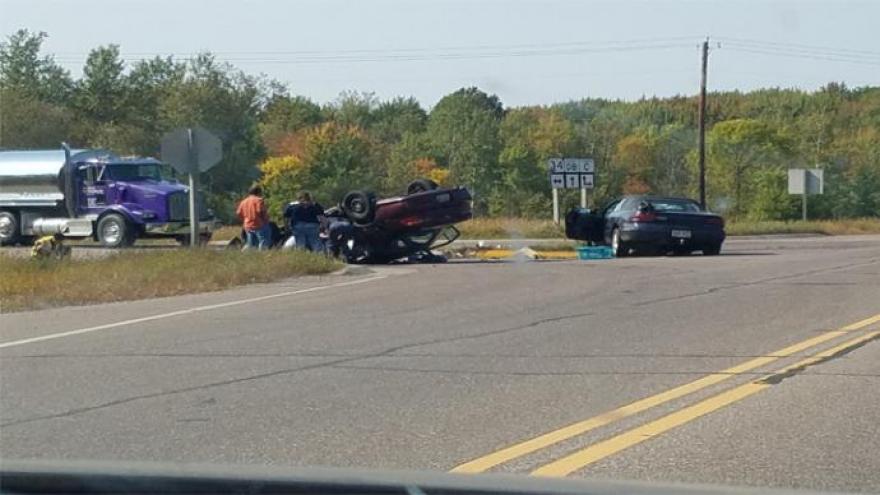 Marathon County, WIS. (CBS 58) -- One person is dead and two others are injured following a two-vehicle crash Friday morning.

The accident happened shortly before 11 a.m. near Mosinee.

The driver of the Malibu, A 22-year-old man from Mosinee, was injured. There is currently no word if he will face charges.

His passenger, a 23-year-old female from Mosinee, was killed in the accident.

A 3-month-old baby also in their car was taken to a local hospital for treatment of life-threatening injuries.

The driver of the Chrysler Sebring, a 61-year-old woman from Chicago, is being treated for non-life threatening injuries.

Everyone was wearing their seatbelt.

Alcohol is not believed to be a factor in the crash.