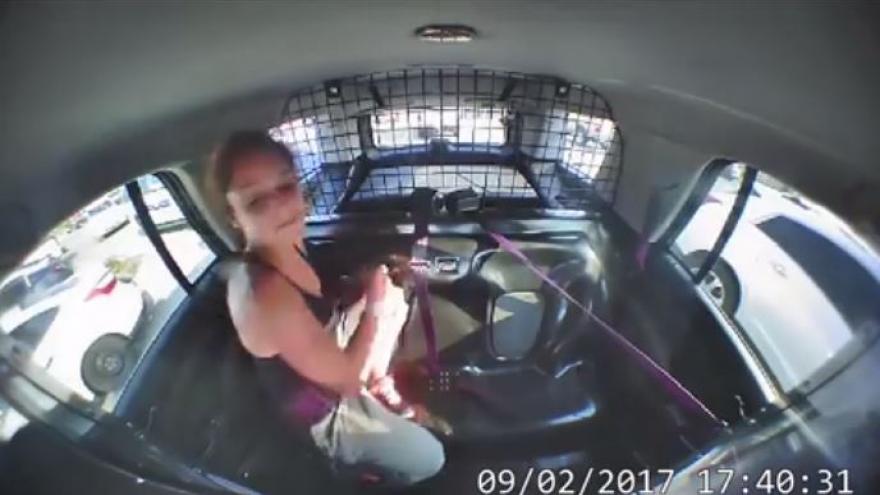 LUFKIN, Texas (CBS News) -- New video shows an East Texas woman stealing a police SUV after escaping from handcuffs and then leading officers on a chase that reached nearly 100 mph before she crashed.

Police said 33-year-old Toscha Sponsler of Lufkin had been detained Saturday afternoon for shoplifting and was in the back of the police vehicle when she managed to get out of one of the cuffs, squeeze through a partition, crawl into the front seat and take off.

The Lufkin Police Department released footage from officers' body cameras and cameras in the SUV on Tuesday.

A chase involving numerous law enforcement agencies went on for about 20 miles before a state trooper managed to spin her out. Sponsler then hit a tree and officers broke the driver's side window, taking her into custody.

Police said officers could see Sponsler reaching for a shotgun that was mechanically locked throughout the chase.

She remains jailed on multiple charges.