Woman disguises herself as bush to secretly record sister's engagement

Andrew Philibeck and Rachel Merkel got engaged a little over a week ago.

Andrew wanted to pop the big question on Picnic Point, and knew Rachel's sister, Therese, had to be a part of it.

The two just had to figure out how she could capture the moment on camera without being seen.

"So then we came up with the idea together to get her a Ghillie suit. So she was a bush in the weeds recording, and Rachel had no idea she was there," Andrew said.

"All of a sudden, after I gave Andrew a hug, my sister popped out of the bushes and was screaming, 'She said yes! She said yes!' and I was like shocked," said Rachel.

Andrew says Therese was so well hidden that he thought she wasn't really there.

Andrew and Rachel are planning their big day for April of next year. 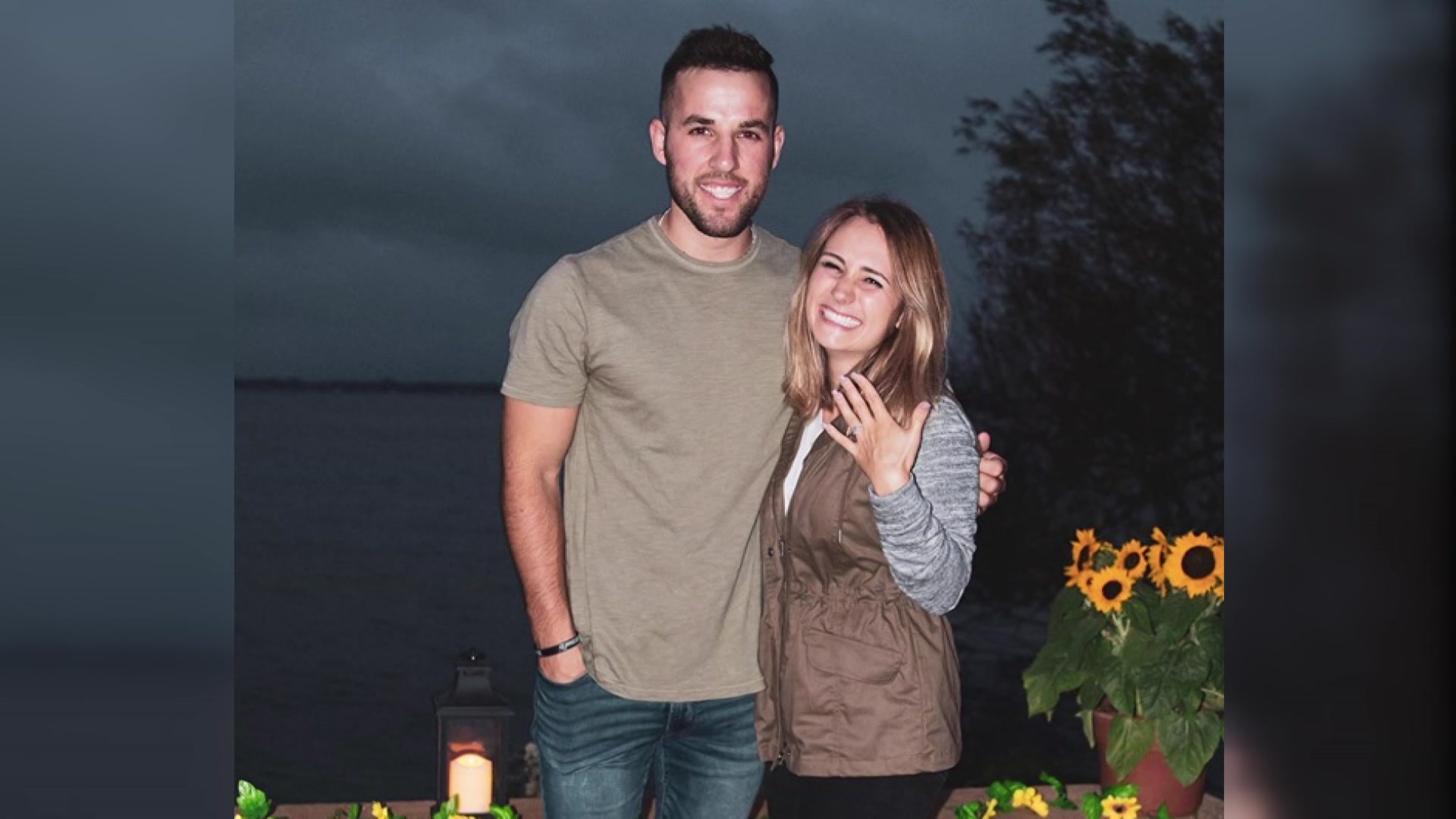