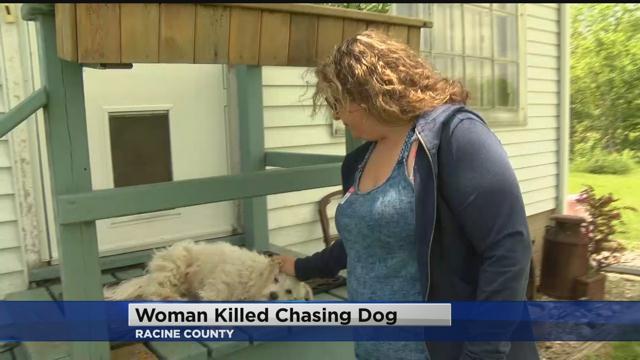 A 43-year-old woman in Racine was hit and killed by a truck on Highway 11 overnight.

Police said she was trying to retrieve her dog.

Drivers could still see the skid marks on Tuesday afternoon.

Around 3:00 AM on Tuesday, Charlotte Rodriguez said her friend Amy Poisl-Krenzke went one direction to look for her dog Jax and Rodriguez went a different way.

She said Amy was holding on to Jax waving her hand to get the dump truck to stop.

According to the witness, two other people also tried to wave at the driver.

But she was hit.

"I held her hand and I was telling her to hold on, that her mom and dad were going to be here really quick, and stuff like that. I called them but they were pushing me away. I had to get out of the way. I couldn't stay there. I was holding her left hand,” said Rodriguez.

As for Jax, he wasn't hurt and is staying with Rodriguez for the time being.