Witness Speaks Out About Officer Involved Shooting in Wauwatosa 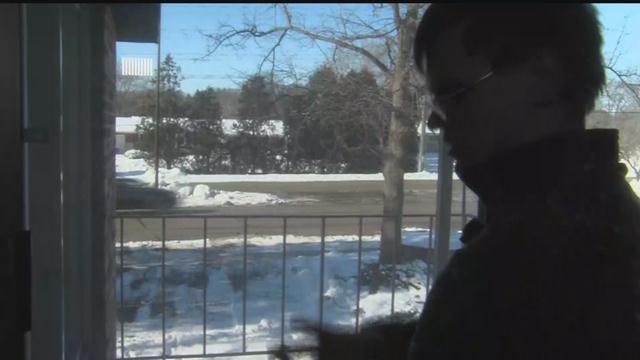 "I see a couple of people running and I got up to see what was going on."

So began a frightening event that unfolded before the eyes of Jason Carter.

He lives in the Normandy Village Apartment Complex where a woman was murdered and the suspect attacked an officer with a knife, resulting in police opening fire on him.

Police say that foot chase all started after they were called to apartment complex Tuesday night.

"The caller stated hearing a female screaming yelling and some commotion coming from the apartment," Tosa Chief Barry Weber revealed.

Chief Weber says  the desperate 32-year-old female victim jumped off her balcony, was unconscious, and died at the scene.

Police say one of three officers at the scene found the 34-year-old male suspect walking away and chased after him, when they say he pulled out a kitchen knife.

"The suspect cut or slashed at the supervisor repeatedly," explained the Chief. "Two of the other officers on the scene fired their service weapons to stop the threat. Each officer fired one round from there handgun striking the suspect with two rounds."

CBS 58 News  spoke with people close to the female victim. They say the man arrested by police was her live in boyfriend who recently moved to the area.

They call her a career woman who loved her family.

As for Carter, it turns out he's friends with the victim's family. He's still in shock about what he witnessed.