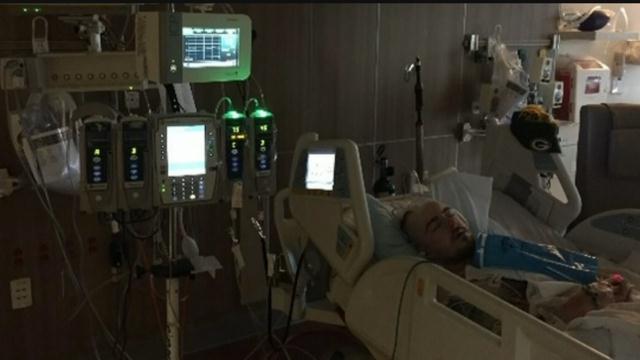 Police in Oregon are investigating what witnesses call a bar fight between a Green Bay Packers fan and a Seahawks fan.

Bridget Kitson tells CBS 58 her boyfriend, 26-year-old Sam Whitehorn, was attacked Saturday night in Portland. She claims it was all because he was wearing a Packers hat.

Whitehorn is still recovering in the ICU, “he was punched in the face and knocked out and fell backwards and hit his head on the curb of the sidewalk,” Kitson said.