WisDOT responds to criticism over I-94 delays 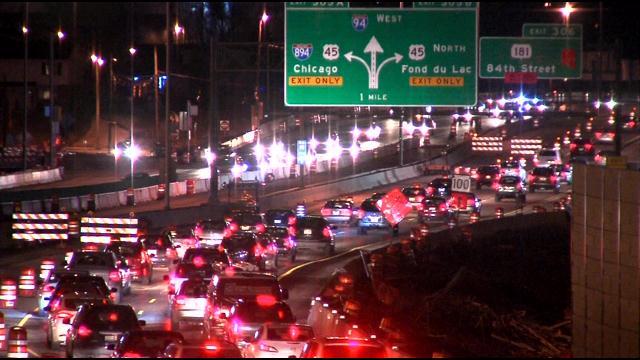 After two days of long backups on westbound I-94, the message from the Wisconsin Department of Transportation: be patient.

Interstate 94 is down from three lanes to two from 68th Street to 84th Street, a one-mile stretch of freeway near State Fair Park, as part of the massive Zoo Interchange Project.

After talking to frustrated drivers Monday night, we took some of their concerns to Mike Pyritz, spokesperson for WisDOT. He says the Zoo Interchange project is massive, and WisDOT has worked hard to make it as painless for drivers as possible. \"We knew it was going to be a challenge,\" Pyritz said.

Some people wanted to know why the far left hand lane is closed, but no work is visible in that area? Pyritz says work is being done, drivers just can't see it. \"Huge sewer work under there (the freeway) massive utilities under there,\" Pyritz said, \"In the next 24 to 48 hours, you're going to see a lot more activity.\"

Drivers also wanted to know why the lane was shut down on I-94 with so much work being done on alternate routes like Bluemound Road, Watertown Plank Road, and Wisconsin Avenue? Pyritz says the complexity of this project is partly to blame \"To get this project done in a timely manner, we are doing everything in our power in both pre-planning and adjusting as things move forward to make sure we maximize the amount of traffic that can get through,\" Pyritz said.

Relief is coming. On-ramps from Highway 100 to I-94 will start opening up next week, so drivers will be able to jump back on I-94 without having to go all the way to Moorland Road.