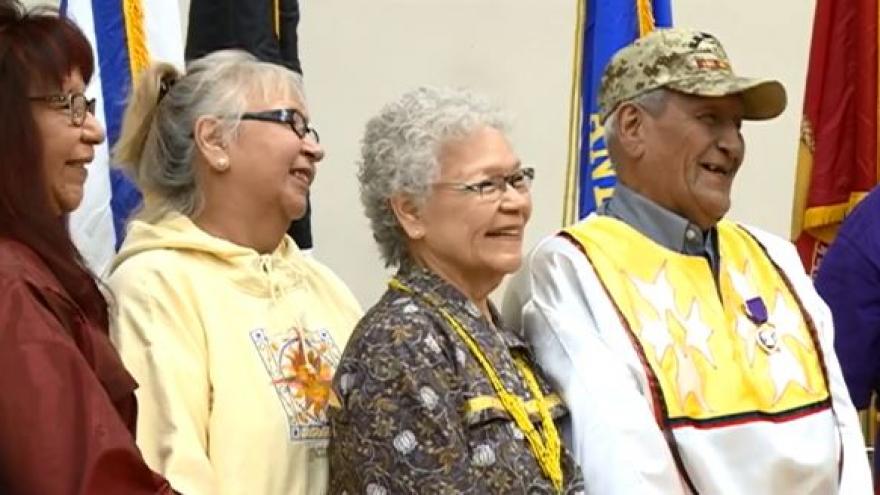 It's awarded to members of the U.S. armed forces who are wounded in action.

The family of Roy Greengrass told him his sisters were in town at the District One Community Center in Black River Falls.

Little did he know he was about to be reunited with an honor he had been missing for decades.

"I used to be a tunnel rat," said Greengrass, reflecting on his days in the Marine Corps.

"I gave her my Purple Heart," Greengrass said.

Several decades have passed and the Purple Heart was nowhere to be found.

"After she passed away the purple heart must have left with all of her belongings," Greengrass said.

Roy served in the United States Marine Corps as a lance corporal during the Vietnam War. 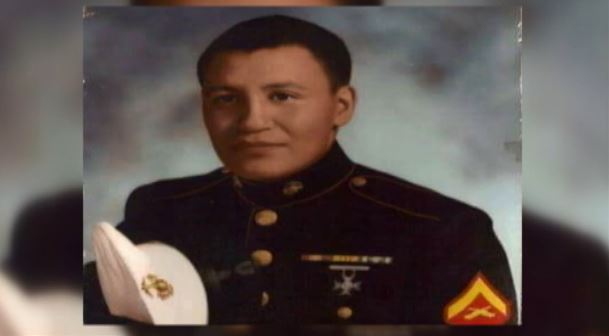 "I served one year, six months and 10 days," Greengrass said. "Then I got wounded and they sent me home."

Greengrass remembers being sent to the Great Lakes Naval Hospital. After he healed from his injury he went to work.

"I started walking and went to work on bridges," Greengrass said.

Now his family and community gave him a surprise on Monday.

She said Greengrass came to her with a question.

"He did ask if he could get his purple heart," Garvin said. "He said that he lost it several years back."

She said it had been so long.

"His son is 45 and he said he has never seen the Purple Heart," Garvin said.

His son, Murton Greengrass, said his father's stories are all he has.

"I have just heard about it," Murton Greengrass said.

His family wanted to reunite him with the merit on his special day.

"It's his birthday let's surprise him," Garvin said.

Murton Greengrass said it was great to see the community gather to give back what he earned.

"It meant a lot. He's my dad and he means a lot to me," Murton Greengrass said.

Garvin said he's a man a few words but his stories move mountains.

"I got very emotional when we took the flags out because I know what he has been though," Garvin said. "He told me a lot and you know it can be quite emotional when you talk to a veteran and he tells you his deep secrets."

"In the 45 years I have been here, I think I have heard them all and it gets me every time," Murton said.

"I hold him in such high regard," Garvin said. "When he sees me he is always so happy and he always gives me hugs. I think very, very much of him."

His story will continue, with a long lost honor, returned for the service he gave.

"It really was a great honor to do this for him," Garvin said.