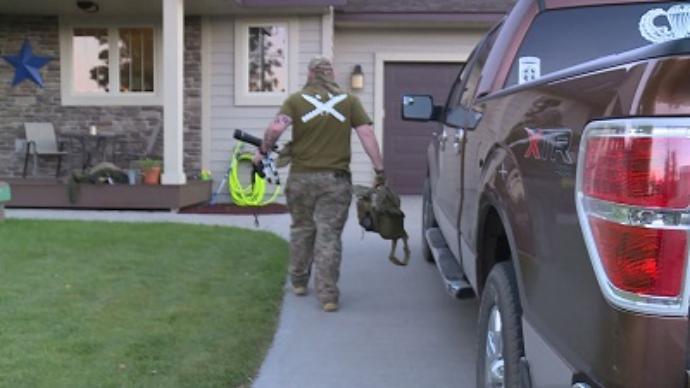 WAUSAU, Wis. (WSAW) -- Though the exact circumstances of Brian Rossell's death remain uncertain, veterans in our area mourn the loss of a man they consider a brother.

He returned home Thursday after dedicating three days and nights to searching for Rossell.

"The look on the mom's face when it came over the radio. Like that's just heartbreaking," he said, describing the moments after he heard Rossell's body was found in Lake Wausau.

His heart heavy for a veteran whom he did not know, but whose pain he did.

"Dad gets sad, dad gets angry and dad gets upset certain times of the year because he misses his friend." That's how Glenn explains his post-traumatic stress disorder to his four-year-old.

"There's veterans in the area, combat vets that care enough to put their boots on at 3 a.m. and drive to your house and make sure that you're OK," he said.

Even though on Thursday Glenn was not OK, and even though details of Rossell's service remain unclear, he wants all and any veteran to hear the same message: "It doesn't matter, you know. You raise your right hand, you take an oath to protect and defend your country you're my brother."

29-year-old Brian Rossell was found in Lake Wausau Thursday afternoon. Police said evidence shows he took his own life. A person bird watching located his body which was found 150 feet from shore near the Eagles Cub landing. An autopsy will be conducted Friday.

There are many resources available for veterans in the area. One in Wausau is the Wausau Vet Center, which you can reach at 715-842-1724.