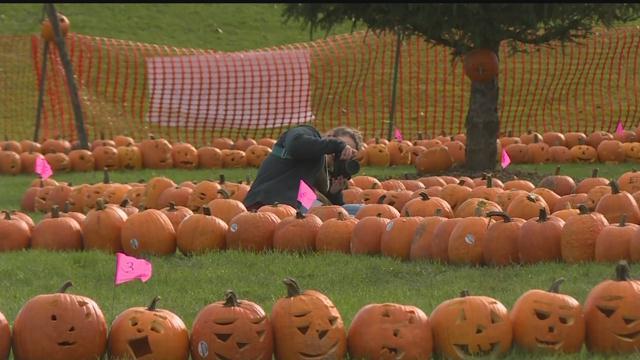 A Wisconsin town has set a world record with pumpkins. Richland Center residents all did their part to carve nearly 4,000 pumpkins.

The local Walmart donated 3,000 pumpkins to help make it happen. The pumpkins formed the longest line of carved pumpkins ever, breaking a world record.

"We had grandparents, great-grandparents, kids, babies, everyone in this community came out and carved. It was an amazing event to see so many families out here,” said Paul Corcoran, Richland Center Mayor.

All that carving took about a week for the community to finish. The previous world record of 2,015 pumpkins was set last Halloween in Japan.