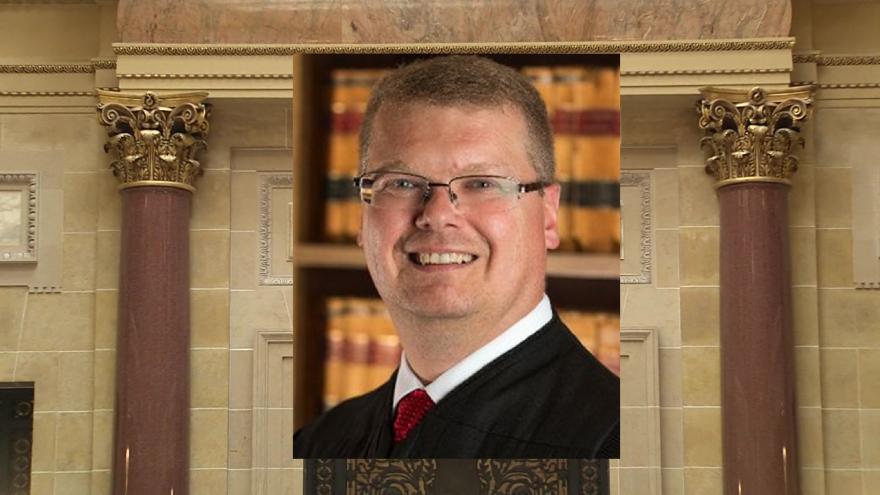 MADISON, Wis. (AP) — Wisconsin Supreme Court candidate Michael Screnock on Monday released the email he sent to the National Rifle Association that resulted in winning the group's endorsement, which was announced the day before the Florida high school shooting that left 17 dead earlier this month.

His opponent, Rebecca Dallet, is making the NRA's support of Screnock a key part of her campaign against him for a 10-year seat on Wisconsin's highest court, labeling him an "extreme activist."

She and other Democrats had been calling on Screnock to release the email to the NRA. His campaign made it public after The Associated Press asked for it.

In the email to the NRA, Screnock identified himself as a "proud gun owner" and said the job of judges is to be an arbiter of the law, "not policy analysts or political activists. This of course includes the Second Amendment."

"I know firsthand the importance of upholding the rule of law, protecting public safety, and respecting the Constitution and the separation of powers," he wrote. "I also know about the dangers of legislating from the bench."

That was the last tweet the group made before authorities say a former student armed with an AR-15 assault-style rifle gunned down 14 students and three faculty members at Stoneman Douglas High School in Parkland. The NRA-PVF has not tweeted since the attack, leaving the Screnock endorsement at the top of its feed.

"The NRA-PVF is proud to endorse @JudgeScrenock for the #Wisconsin Supreme Court," the group tweeted. In a press release, the NRA said Screnock was the only candidate for Supreme Court who returned a "position statement indicating his support for constitutional rights."

An NRA mailing sent to voters in Wisconsin before the primary, obtained by the liberal group One Wisconsin Now, said that Screnock "vowed to protect your firearm freedom."

Dallet has used the NRA support of Screnock to raise money for her campaign. In a fundraising email sent Friday, Dallet said "common-sense gun restrictions are clearly constitutional." She branded Screnock as an "extreme activist who has pledged to stand with the NRA over the people."

"Judge Dallet's repeated attempts to inject the murder of children into this race are shameful and despicable," Lansing said.

Dallet, in an interview Monday, said she is the only candidate who won't do "the bidding of special interests" like the NRA.

"It couldn't be more clear that you have to make a promise in order to get their endorsement," she said. "I won't do that for any group of any political persuasion."

The Florida shooting has reignited the national debate over gun laws and school safety, including proposals by President Donald Trump and others to designate more people to carry arms on school grounds. Gun-control advocates, including teens who survived the attack, are pushing to ban assault rifles or at least raise the minimum age to purchase them, increase background checks and ban bump stocks.

Screnock's campaign spokesman said questions about where Screnock stood on those issues were not appropriate for judicial candidates to answer. Dallet also declined to comment, saying those were legislative, not judicial, issues.

The NRA has gotten involved in Wisconsin Supreme Court races in the past. It endorsed Justice Michael Gableman in 2008. He's not running this year, setting up the vacancy Dallet and Screnock are competing to fill. Gableman is part of the 5-2 conservative majority on the court.

The NRA also endorsed conservative Justice Rebecca Bradley in 2016. She appeared in a campaign mailer that year wearing a blaze orange vest and hat and holding a shotgun.