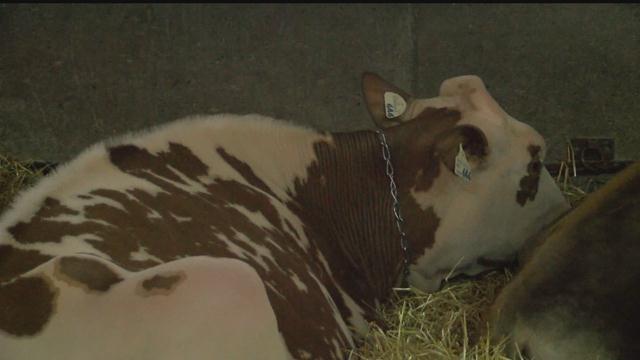 Event organizers say it's known  as one of the top fairs in the county. And from cream puffs to livestock shows, it takes a lot preparation and  hard work to be on top.

Food, rides, games....all the fan favorites are here at State Fair Park and almost ready to go, after days of set up.

\"Actually most of the people involved in the fair are already here. So they started showing up last week,\" said Kristie Chuckles.

\"Some of the stuff has been here two, three days ago. The coaster was a big deal. So we come in with the coaster and that takes a bunch of time,\" said Joyce Brady from Playworld International Unlimited.

Brady's amusement company has been providing rides at the carnival for years and she says they take their time to make sure you're safe.

\"Its one of the things that actually makes traveling carnival rides more safe. They're inspected each and every time you put them together and take them apart,\" said Brady.

And its not just the food rides and games that get here early; there's a lot of work that goes into getting these animals here.

\"We have to get fans up to keep the animals cool all week. We put straw and shavings down for them to lay in. Wash them all when they get here so they can be right for display. Its quite a bit of work,\" said Siemers.

No matter what kind, vendors and farmers alike, working on the last minute details: safety tape, greasing the rails, hanging up Minions?

\"They're still doing their last minute touches on their stands, whether that's putting flags up touching up the paint; you'll see all of that,\" said Chuckles.

All working together to bring you the best fair yet.

\"Our staff does such a good job. We're not content saying that was such a good fair, let's do the same thing again next year,\" said Chuckles.