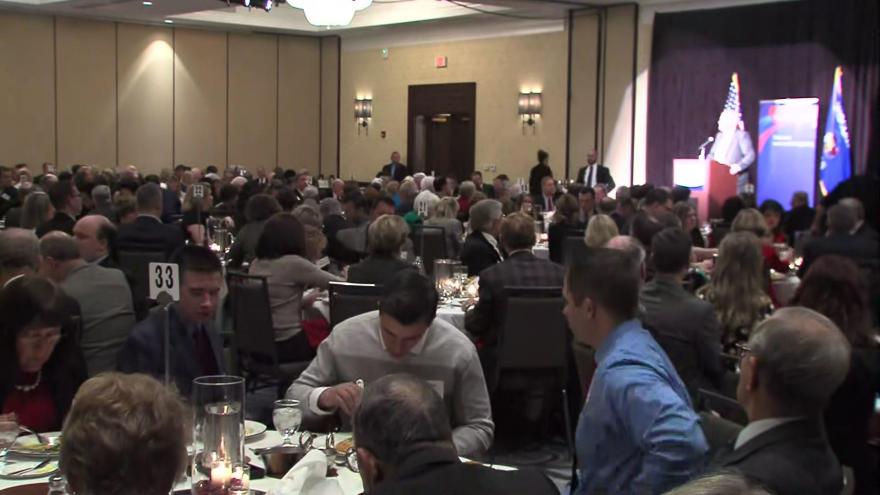 Both House Speaker Paul Ryan and Governor Scott Walker were there.

Lots of praise for President Trump tonight from both Governor Walker and Speaker Ryan.

Speaker Ryan says it's refreshing to have a president keeping campaign promises and that will include an overhaul of the healthcare system which will include eliminating the individual mandate.

"The Obamacare plan we are passing is exactly the one we ran on and the president promised Tuesday night and that is to repeal and replace Obamacare," said Speaker of the House Paul Ryan.

And helping to draft that plan - Governor Scott Walker.

Governor Walker also spoke tonight and he talked about the need to give more power to the states.