MILWAUKEE, Wis. (CBS 58) -- Judge Brett Kavanaugh was confirmed to the Supreme Court on Saturday with a Senate vote largely divided along party lines. Wisconsin Republicans are praising the confirmation, while on the other side of the aisle, Wisconsin Democrats say they don’t agree with his confirmation.

The Republican Party of Wisconsin is calling the confirmation a victory. In a statement they say:

“We knew the stakes were high in 2016 when we were fighting to elect Donald Trump and Ron Johnson. Thanks to those victories, we have a new Justice on the Supreme Court who will uphold the Constitution – Brett Kavanaugh. But our job isn’t done yet. We’ve seen how desperate Democrats have become to take back power. Now is the time for Republicans to rally around this victory to help deliver another in November by electing Leah Vukmir as our next Senator and sending Tammy Baldwin packing. It’s time to send our Wisconsin way to Washington.” 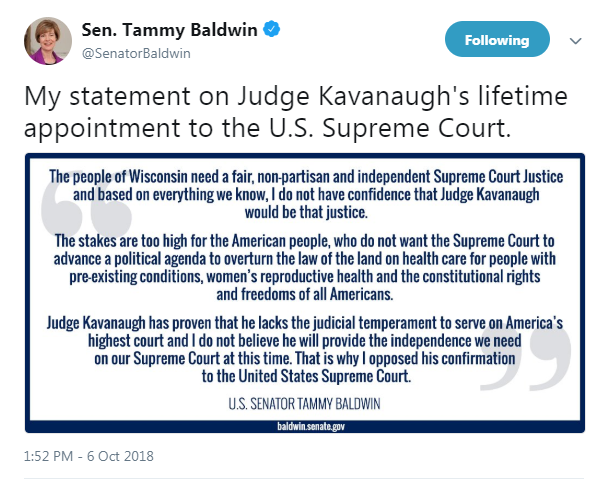 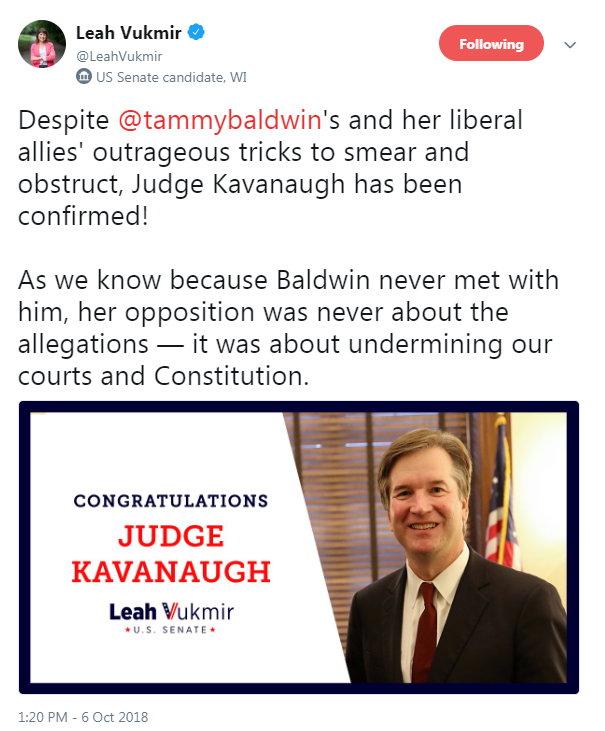 Congresswoman Gwen Moore believes the confirmation is a vote against survivors. She said in a statement:

"Today’s vote to confirm Judge Kavanaugh is a vote against women and sexual assault survivors. It’s a vote that tells young girls across the country that their voices will not and should not be heard.

The FBI investigation that took place this week was nothing more than a Trump-controlled sham designed as political cover for Republicans paying lip service to victims of sexual violence. There was no due process. There was no justice.

History will undoubtedly remember this confirmation as a blight on Washington. Throughout his hearings, Judge Kavanaugh demonstrated a lack of candor and temperament befitting of the Supreme Court. His testimony was partisan, conspiratorial, and dishonest.

President Trump selected Kavanaugh solely due to his radical belief that the president has near-monarchial power and stands above the law. The Federalist Society and Republicans selected him to tip the balance of the Supreme Court against women’s rights, civil rights, justice, and progress. I’ve heard the cries of my constituents. I’ve heard the stories of survivors who’ve traveled across the country to protest. I know that despite today’s loss, our fight is far from over.

We will not allow our country to regress. We will not be forced into silence and submission. We have seen the soul of the GOP, and we are demanding change. United, our energy will bring justice and integrity back to Washington."