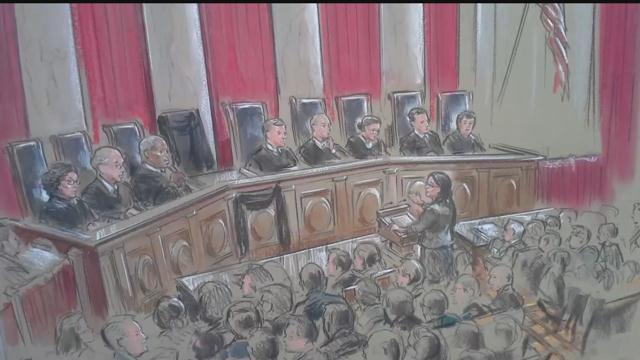 For Pro-Life supporters this ruling is a disappointment but for abortion advocates this is a victory for women everywhere.

Supporters of Planned Parenthood quickly organized a victory party, not just for Texas but for what they believe will now happen in Wisconsin.

"People can still access abortion in Wisconsin and this event is absolutely a celebration of this landmark decision," says Tanya Atkinson, Executive Director for Planned Parenthood Advocates of Wisconsin.

Justices ruled 5-3 against a Texas law almost identical to a law pending Supreme Court review in Wisconsin.
Some say the law puts limits on who can perform an abortion, which blocks women from getting the procedure.

"I think the Supreme Court gave a very strong message that legislators cant play this king of game with women's health. I think they have set a standard," Teri Huyck, President and CEO at Planned Parenthood of Wisconsin.

Wisconsin right to life sent us this statement:
"Despite this disappointing decision, we at Wisconsin Right to Life will continue our work to give hope to women. The abortion industry peddles death, but we in the Pro-Life movement offer life."
"We still think the core of the law we have in Wisconsin will be upheld. The other portion upheld in the appellate process its likely that it will be difficult to be upheld because of this decision," says Governor Scott Walker.
Planned Parenthood of Wisconsin says they, along with supporters plan to build on this victory because the fight isn't over.
"We need to ensure that we build on this ruling and that we have people who are in positions of power who recognize the real impact of these laws on real people," says Atkinson.

Planned Parenthood of Wisconsin says it plans to continue to put volunteers in neighborhoods to canvass, letting people know about the pending case in Wisconsin, about their services and encouraging them to vote.