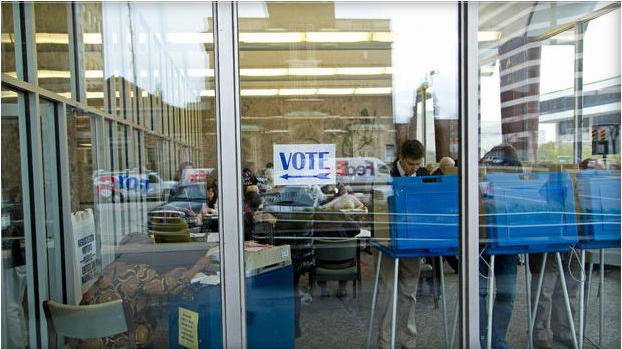 The Wisconsin government is predicting major voter turnout for the 2014 midterm elections. One prominent attraction is no doubt Republican Gov. Scott Walker, who is on the ballot for the third time in three years.

The Milwaukee Journal Sentinel reports that that the state election authority, the Government Accountability Board, is estimating 56.5 percent of eligible voters will cast a ballot. That figure represents a higher turnout for a midterm election than Wisconsin has seen in 50 years, although it is lower than the 57.8 percent of people who turned out to vote in the 2012 recall election in which Walker was able to hang onto his job.

Walker was elected in 2010 by a 52-46 margin and survived a recall in 2012 by a slightly larger 53-46 margin. 2014 appears to be much closer, with Walker leading Democratic challenger Mary Burke by less than 1 percent in the final wave of theCBS News/New York Times Battleground Tracker.

Although Wisconsin elected Walker, Republican Sen. Ron Johnson and a largely Republican state assembly in 2010, the state has gone for Obama in both of the last two presidential elections. There are more registered Democrats than Republicans, so Walker will need high Republican turnout and a majority of the independent vote to win on Tuesday.