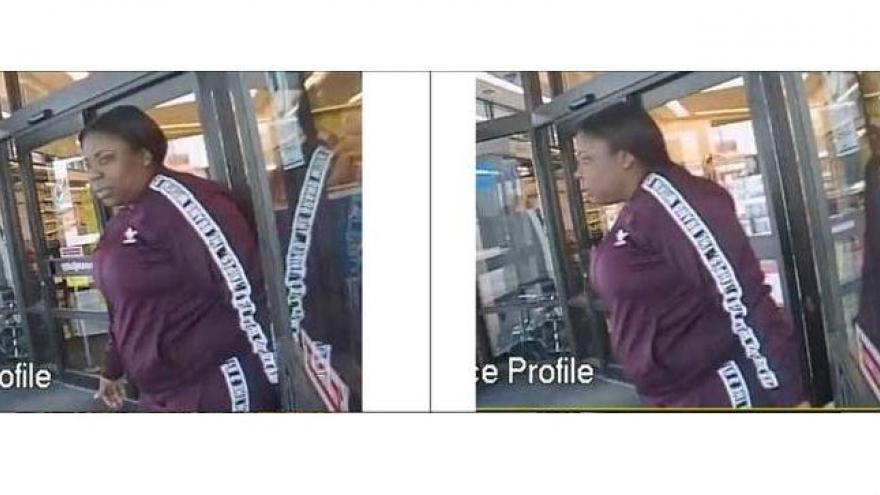 Since the middle of December the Green Bay Police Department has responded to five total thefts involving a large amount of Crest White Strips, Rogaine for Men and shaving cartridges. Some of the thefts were discovered after inventory numbers revealed a shortage. These are high dollar items.

Walgreens and CVS stores are the primary targets.

The vehicle is very distinct as it has dark tinted windows, only has one drivers front hubcap, and no front plate. In two surveillance photos the suspect is seen wearing the same purple jogging suit.

Green Bay Police has alerted all of Wisconsin in the event that this is a traveling gypsy type of crime and to also give other agencies a heads up to notify local drug stores to safe guard those items.

Anyone with information about this incident are urged to contact Green Bay Police at 920-448-3259.