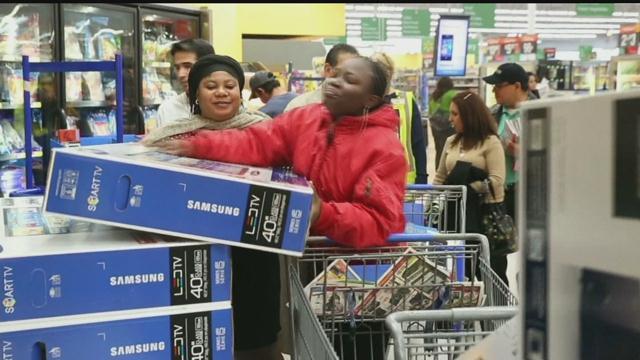 It's a common sight every holiday, long lines of people anxiously waiting to get their hands on the best Christmas deals money can buy.

But are consumers in Badger State cut out of getting the best bargains?

"I think it might be time to take the price police off the beat here in Wisconsin," he said.

Baas is with the Metropolitan Milwaukee Association of Commerce, or MMAC, and right now, he said a state law is bad for your wallet.

"It just seems silly the government is spending taxpayer dollars funding a price police out there to make sure nobody's getting too good of a deal," he said.

It's called the Unfair Sales Act, or minimum markup law. It prohibits retailers, like grocery, clothing and hardware stores, from selling products too low. The law passed in 1939 instead creates a fair price, so small businesses can compete with big box, national chains.

"Consumers here are at a disadvantage and this is particularly true today, when we have competitors from out of state who are able to sell their products for less than Wisconsin companies can," said State Rep. Jim Ott, R-Mequon.

Ott is behind a push in Madison to get rid of the law. He said a store should be able to price products however they want.

"None of them is going to be selling their goods below cost for very long or they would go out of business," he said.

"This is not a path, not a yellow brick road to Oz," said Scholz. "This is severe economic disruption."

Scholz said a free market will drive down prices, shut down small businesses and force consumers to pay more because of fewer choices. He said  the state's competitive retail industry already gives shoppers the most bang for the buck.

"You're not going to buy a laptop for a dollar, get gas for 25 cents and spend $30 and get four baskets of groceries," he said. "It just isn't going to happen."

But Black Friday is going to happen.

"We have a whole holiday built around people going to extraordinary lengths to find good deals," said Baas. "At the same time, we have a state law that seems to be trying to keep them protected from these deals. It just doesn't seem to make a lot of sense."

So how can consumers still cash in on extra savings in Wisconsin?

"You can go online and find tremendous deals whether its Amazon, or if you online shop at your local grocery story or online shop at other retail stores or sporting good stores," Scholz said.

Proposed bills to repeal the state's minimum mark-up law are in committees in both chambers in Madison. Multiple efforts by lawmakers to eliminate it in the past have failed.