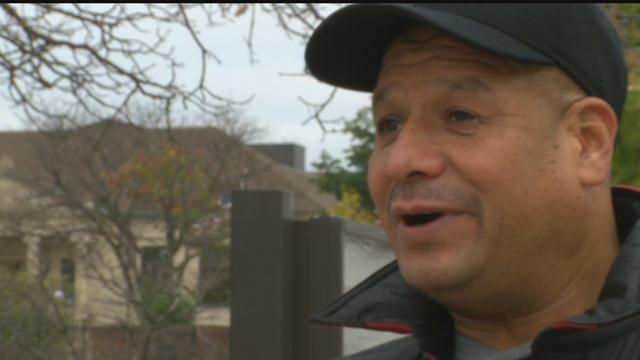 Mario Vasquez stood outside the Brown County Jail on a chilly Wisconsin fall day. He remembered how his life changed in 1998 after he was wrongfully convicted of raping a 4-year old girl.

"This is why I avoid coming here,” Vasquez said. “I try to go around, avoid these memories."

“Brings me the chills,” he added. He spent 17 years in prison and was released in January 2015.

Next January, a bipartisan group of Wisconsin lawmakers will reintroduce a bill that would give wrongfully convicted prisoners, like Vasquez, more money for time spent behind bars.

Currently, the compensation isn't automatic. Wrongfully convicted prisoners have to go through a state Claims Board to show enough evidence before they receive any money.

Rep. Dale Kooyenga, R-Brookfield, is one of the sponsors of the bill.

"This is for the few people that are found innocent, and for those individuals we want to make sure the process is fair," Kooyenga said.

Under state law, the state can pay exonerees $5,000 for each year in prison with a cap of $25,000. The bill would raise it to $50,000 per year with a million dollar cap, which would equal federal standard.

"It's just the right thing to do if someone has been behind bars, let's say 25-35 years. They haven't been able to build equity in a home and they haven't gotten the schooling they need,” Kooyenga said. “So this is simply bringing them up to speed."

The Brookfield republican said the proposal also includes programs to aid in the transition to life outside of prison walls.

"Financial counseling, making sure they have health care lined up and developing a plan with them for transitions," Kooyenga said.

The Wisconsin Innocence Project, based out of UW Madison, helped set Mario Vasquez free. Despite being released, the person still has to show more evidence to the Claims Board to make a case to get paid. Vazquez hasn't received a penny.

"They are clearly innocent but it's hard to show and so without meeting that standard they aren't entitled to even this very low amount of compensation," said Cristina Bordé, supervising attorney at the Wisconsin Innocence Project.

Bordé wants the bill to expunge their criminal records. Even if a person is wrongfully convicted, their crimes they didn’t commit still show up on their record and the state database known as CCAP.

She also wants the process for compensation to be made easier so people like Vasquez have a better chance of getting some money.

"We're hoping that the law does change into a more favorable law so we can apply,” Bordé said. “But, we haven't made a decision yet on whether or not we are applying."

When Vasquez was convicted he was separated from his wife and son, who's now an adult. He said even though money won’t give him back the years lost, it would have helped especially when he was first got released from prison. He moved to Minnesota to start a new life and work at a restaurant.

"You can say it's [my life] wonderful because I get to eat whenever I want, I get to breath this fresh air, meet new people, but it's hard with my situation," Vasquez said.

Representative Kooyenga said they've been trying to pass this bill for several years. Last year, it passed the House, however, it got stalled in the state senate.

Since 1989, Wisconsin has had 44 exonerations, which is a total of 318 years lost, according to the National Registry of Exonerations.

Wisconsin has the lowest compensation rate in the country.

Click here to read a CBSNEWS report on how the compensation process is also difficult in other states.