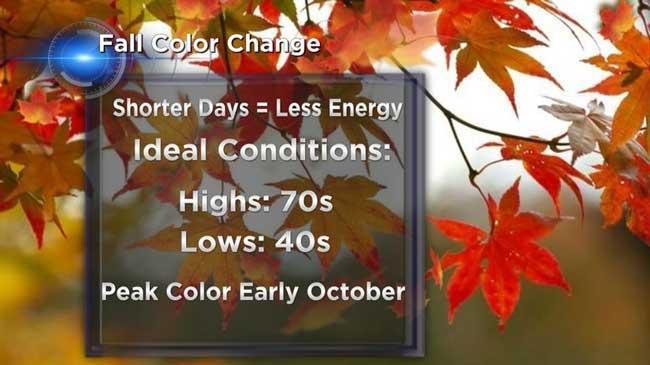 It's the most wonderful time of the year, and no I'm not talking about Christmas!  Fall has officially arrived in southern Wisconsin, and now it's time to see some beautiful fall foliage.

Even though green is what you see during the growing season, there also are hidden colors in the leaves. Those are carotenoids. They're the same pigments that make carrots orange and corn and daffodils yellow.

In the fall, shorter days and cooler nights mean there's less energy for food-making. The chlorophyll starts to break down. The green disappears and the yellow carotenoids can finally be seen in the trees.

The red and purple colors, though, aren't hiding in the leaves. They're newly created in the fall when sugars are made during warm days, then trapped in the leaves during cool nights. The trapped sugars change chemically into anthocyanins, which appear red and purple.

It looks like we will see peak color toward the middle to latter half of October!  Snap those pictures and upload them to our CBS58 weather app!