Wisconsin expected to harvest 4.7 million barrels of cranberries this fall 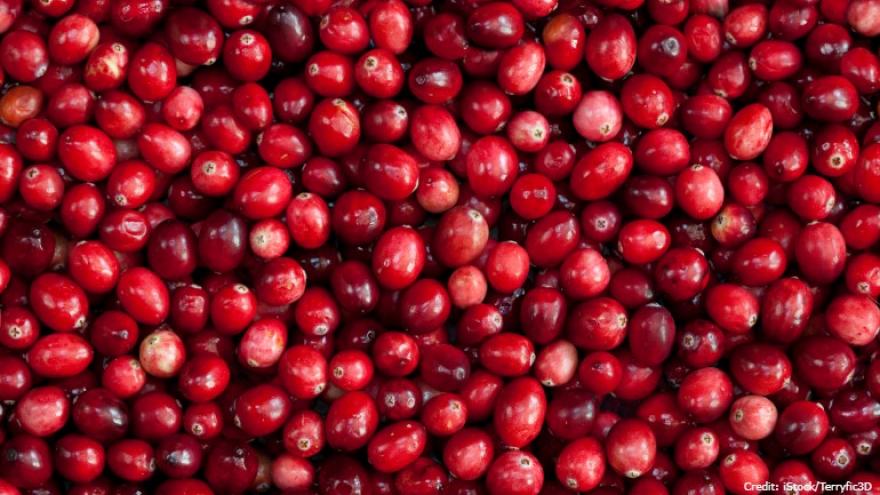 Officials say the projection marks the 27th consecutive year that Wisconsin had led the nation in cranberry production.

“Wisconsin cranberry growers work hard to deliver a healthy, sustainable crop year after year,” said Wisconsin State Cranberry Growers Association Executive Director Tom Lochner. “Wisconsin growers are proud to be the number one producing region not only in the United States, but the world.”

The harvest projection is part of the approximately 7.9 million barrels of cranberries expected nationwide, which officials say is slightly up from 2020. This year's projections are dependent on good growing conditions for the remainder of the season.

Officials say more than half of the entire world's supply of cranberries are grown on Wisconsin family farms, generating $1 billion in state economic impact and providing thousands of local jobs.