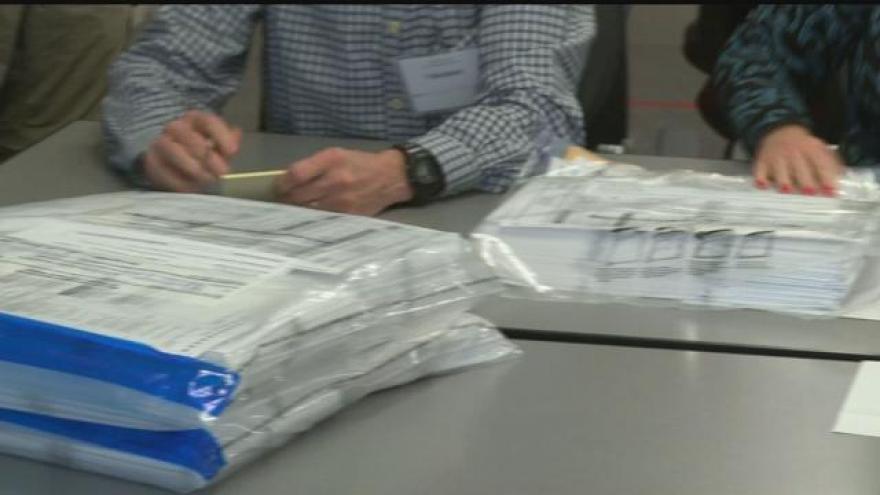 MADISON, Wis. (AP) — Wisconsin elections officials have created a security team and are putting together a formal security plan amid concerns about Russia's meddling in the U.S. election last year and evolving cyber-security risks.

The Wisconsin Elections Commission plans to work together with federal, state and local elections officials on the plan in advance of next year's elections to prevent any security breaches, a memo describing the effort said. The commission was to discuss the effort Tuesday.

The move comes as federal investigators and the Senate Judiciary Committee investigate Russia's involvement in the 2016 presidential election. President Donald Trump on Friday called allegations of Russian election meddling a "hoax," and insisted the media was the "greatest influence" on the 2016 campaign.

Wisconsin election officials have repeatedly said there were no indications that state elections were tampered with last year. No irregularities suggesting tampering with results were found following a recount of the presidential vote, requested and paid for by Green Party candidate Jill Stein.

Trump won Wisconsin by fewer than 23,000 votes. After his win, Trump created a commission headed by Vice President Mike Pence to investigate voter fraud nationwide. That commission has requested information on voters from every state, including Wisconsin, and posed a series of questions about the security of elections in the state. Wisconsin has not yet responded to those questions or turned over the publicly available voter data because Trump's commission hasn't paid the required $12,500 fee.

State elections officials planned to discuss whether to respond to the questions from Trump's commission at its Tuesday meeting.

Meanwhile, the state is moving ahead with improving security efforts for 2018. Wisconsin Elections Commission assistant administrator Meagan McCord Wolfe said in a memo to commission members that a draft security plan should be done in December with a final plan completed in early 2018.

Wisconsin's chief elections officer, Michael Haas, said Friday that the state is a national leader in formulating the plan, which builds on cyber-security steps already taken and attempts to establish best practices to address the ever-changing threats.

The challenges are particularly acute in Wisconsin, he said, where elections are not centrally run but instead handled locally by 1,853 municipal clerks. One local security breach where a key password is divulged could cause problems statewide, Haas said.

One thing the state is considering is whether to mandate that local clerks meet minimum security requirements for hardware and software they use, Haas said.

The Elections Commission plans to incorporate security topics into its training of local election officials, create a list of key federal, state and local contacts and develop contingency and action plans to deal with security issues should they arise.

The election for U.S. Senate and governor tops the November 2018 ballot in Wisconsin, but there are also dozens of other local races to be decided. Republican Gov. Scott Walker is expected to seek a third term and Democratic U.S. Sen. Tammy Baldwin is running for re-election.

Wisconsin primaries are in August. There is also a spring election in April where an open seat on the Wisconsin Supreme Court will be filled.