Wisconsin DOT's Aerial Traffic Enforcement: Is It Worth The Price? 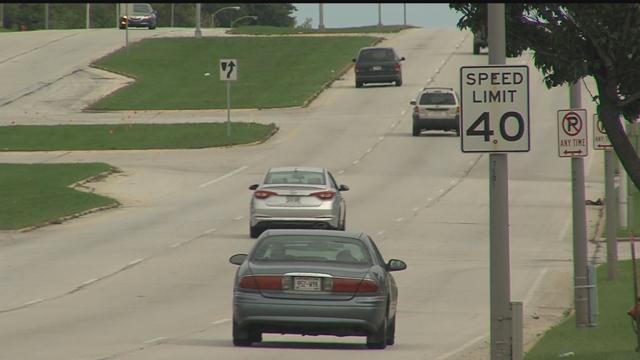 Getting a sky-high look at speeders:Only CBS 58 went along with the Wisconsin State Patrol earlier this year to find out how often "aerial traffic operations" actually happen.

You've probably seen the signs and it turns out State Police pilots are in the air, monitoring the traffic on the ground.

It sounds expensive to do that on a regular basis, which is why our April Dovorany found out the exact numbers.

"We have a much bigger picture, were watching a lot more cars than a car on the ground," said Trooper Bill Lindeman.

High above local highways monitoring speeds, State Patrol Pilot Bill Lindeman radios down to one of about five troopers or deputies from a local department. In this case, he was working with Walworth County.

"And then I watch the car go by them and say yeah that's the right car and direct them to get behind the correct vehicle, so they're stopping behind the right one," said Lindeman.

In our four hour shift, stopping 50 cars. It's about average for Lindeman.

"It is very efficient. We stop a lot more cars. On the high end we'll stop 60 cars, that was my highest ever," he said.

But is it actually worth paying for all those resources?

But thanks to a federal grant, the state only contributed $29,447.

It's money that goes partly back to the county where the ticket was written and partly into the state's common school fund.

Now, if the state did these missions without planes, it would cost about $60,000 less. But Lindeman says the planes are what really stops the aggressive drivers.

"If I'm working on the ground I'll stop eight to ten cars on an eight hour shift, so in four hours, we're stopping 40 cars," he said.

It's important to note, the money generated from citations is just an estimate. That amount can vary, based on whether the courts throw out a citation or assign the driver a reduced fee.