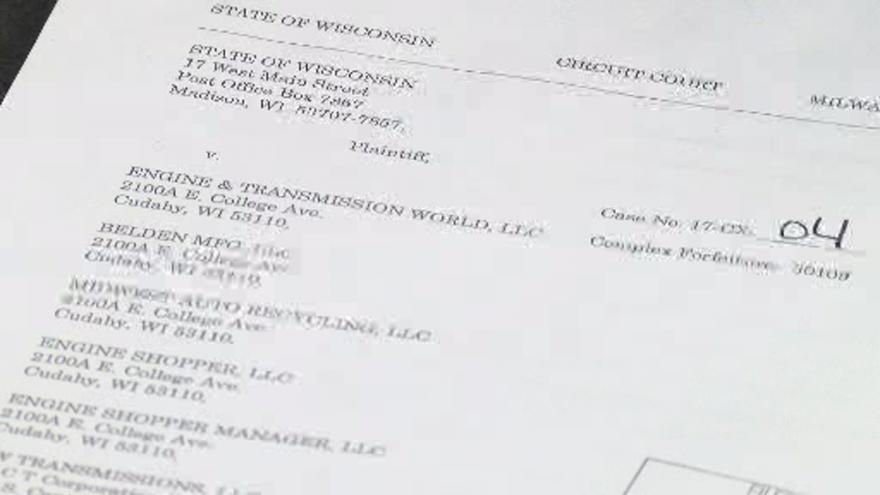 CORRECTION: An earlier version of the story said there had been more than 3,000 complaints to the Better Business Bureau. The BBB has had 307 complaints over the course of three years. About 3,417 customers have inquired more information about the websites. In the past three years, there were over 50,000 transactions.

The Wisconsin Department of Justice has filed a lawsuit against a Cudahy-based used auto part websites for fraudulent misrepresentation.

All of the websites sell used auto parts like engines and transmissions. In the DOJ complaint, it states the business used deceptive marketing to bring in customers and billed customers for goods that customers didn’t agree with.

After dozens of complaints, the BBB decided to take action.

"Our investigator contacted the department of justice back in 2011 and now they've complied enough evidence to bring this to court,” said Jim Temmer, President and CEO of BBB.

On Friday, the DOJ filed the lawsuit and the company was notified on Monday. We reached out to Engine and Transmission World and they released this statement:

“We’ve been here for 30 years. We do everything in our power to make our customers happy.”

Of the complaints filed with the BBB, only three were specified in the lawsuit.

An attorney representing at least some of the defendants stated, "considering the significant volume of transactions, we believe the number of complaints is proportionately small. The complaint identifies only three (3) specific complaints."

BBB said if you’ve had a problem with one of the websites, you can inform the DOJ or BBB.