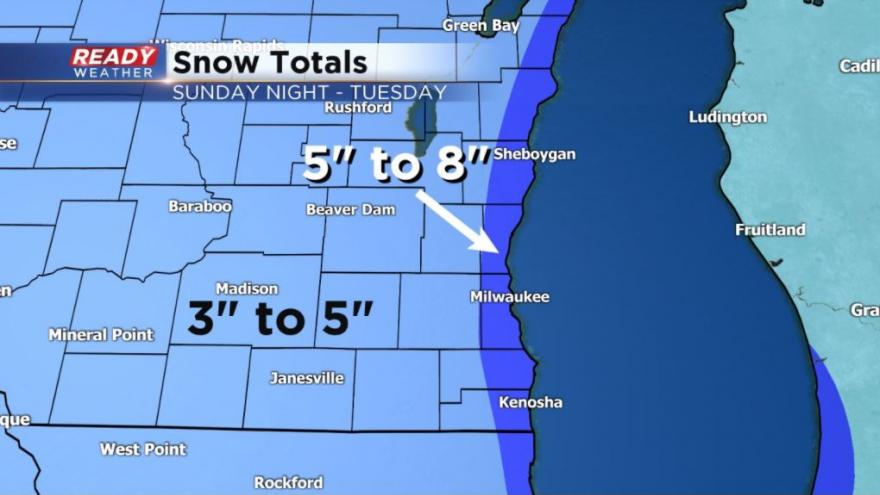 Light snow has started to fall across all of southeast Wisconsin. Roads have already been reported as slippery in some western communities. On Monday road conditions are expected to be tricky with snow covered roads common near the Lake and slippery stretches in western spots. 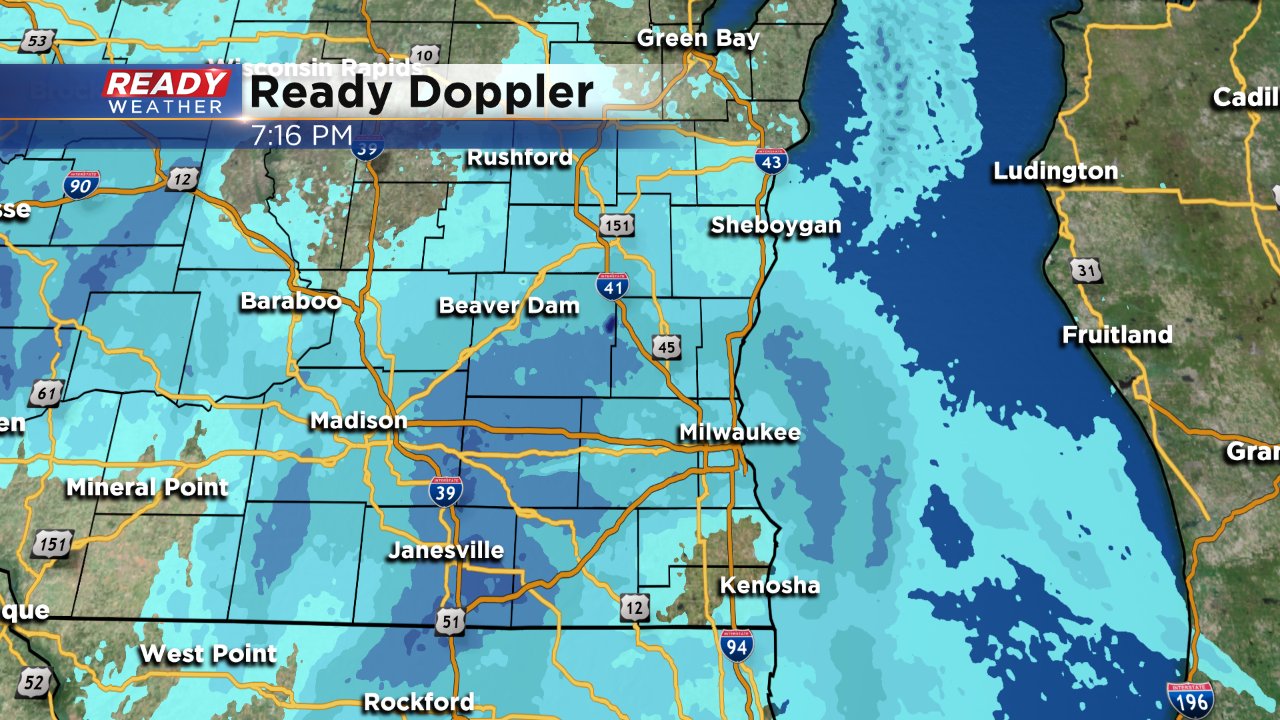 Winter storm warnings and winter weather advisories have been issued for all of southeast Wisconsin. The winter weather advisory is in effect from 6 p.m. Sunday until midnight Monday night into Tuesday for Fond du Lac, Dodge, Washington, Jefferson, Waukesha and Walworth Counties. The winter storm warning starts at 8 p.m. Sunday evening and lasts until noon on Tuesday for Sheboygan, Ozaukee, Milwaukee, Racine and Kenosha counties. For everyone this is expected to be the biggest snow of what has been a lackluster winter. 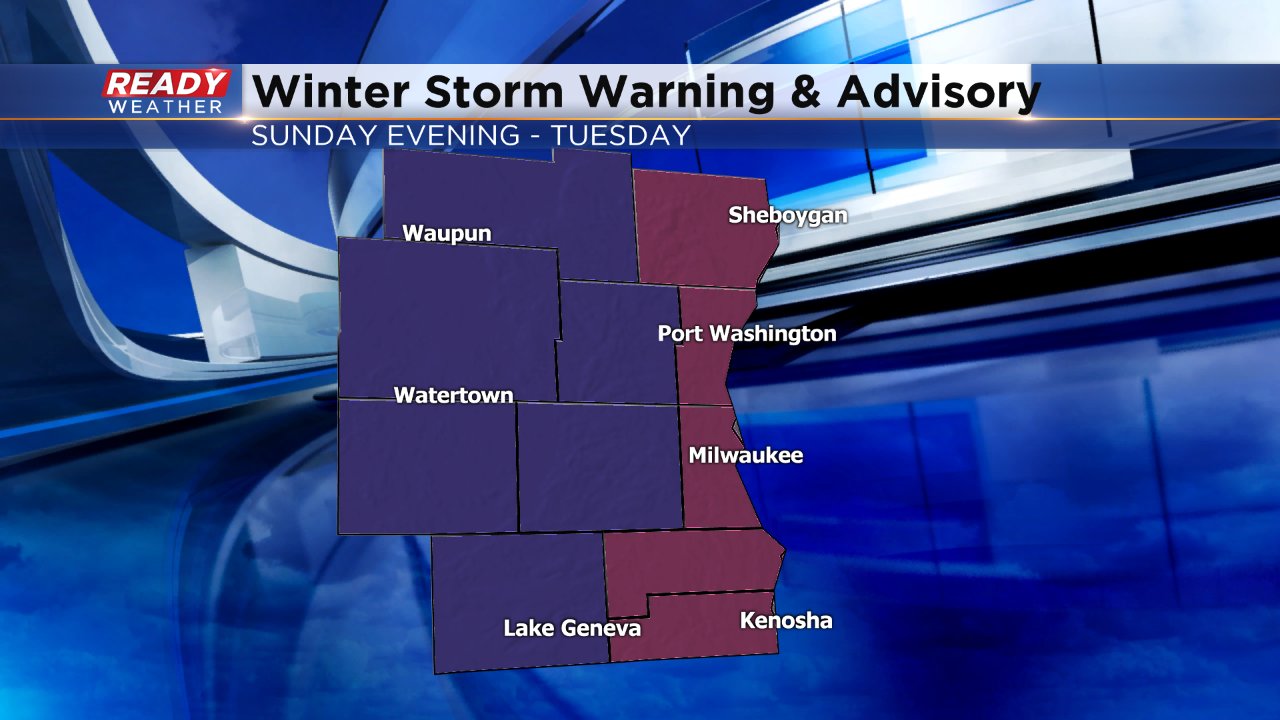 Snow will arrive from west to east with everyone seeing steady snow by 8 p.m. Sunday evening. The bulk of the steady, widespread snow will fall for about 12 hours until Monday morning with most spots picking up 1-3" by the Monday morning commute. Slick and snow covered roads are expected. The commutes on Monday evening and Tuesday evening will likely also see slick spots, especially in the Milwaukee area. 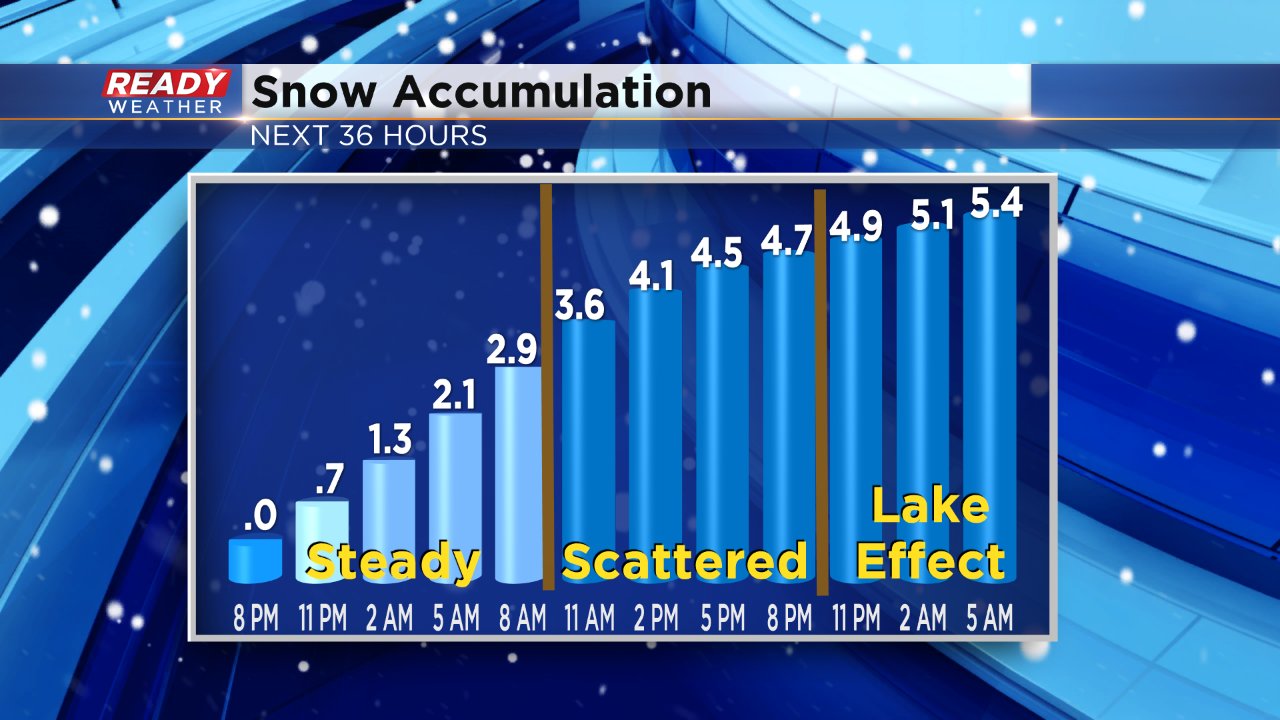 The snow will become a bit more scattered Monday afternoon and evening as snow bands move in and out of southeast Wisconsin. Heavy snow bands with very low visibility are expected. 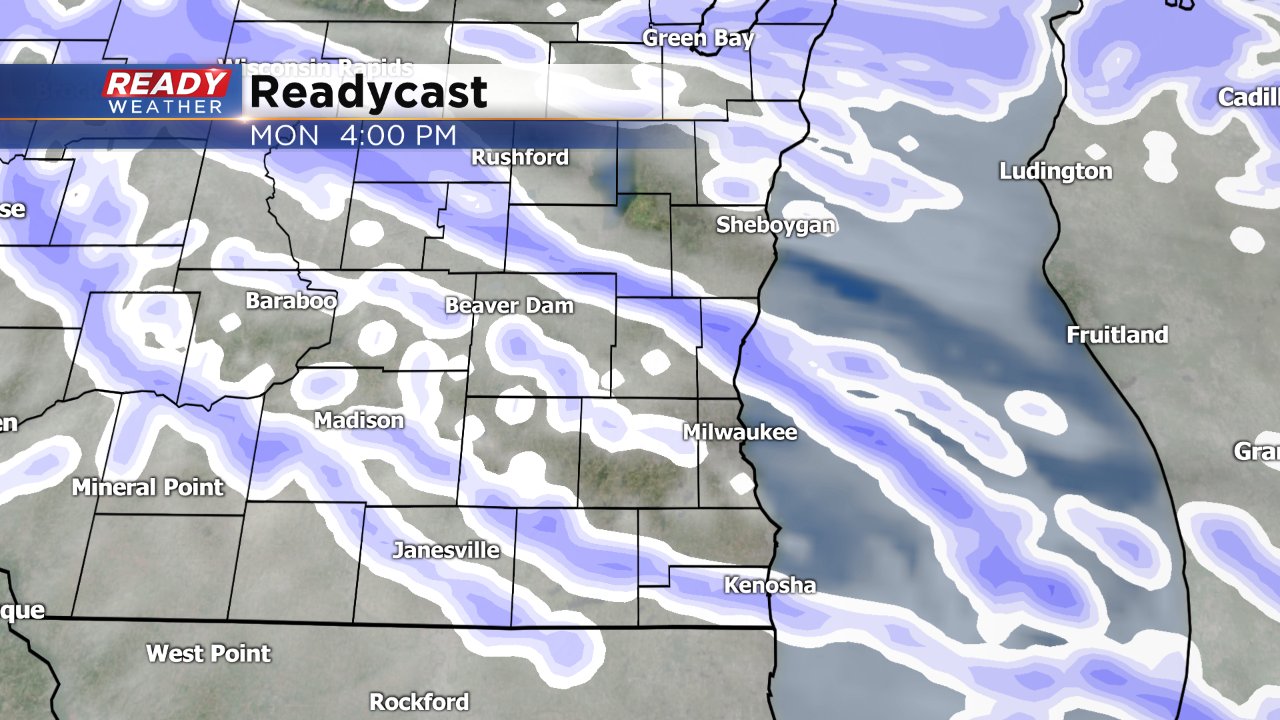 Monday night into Tuesday morning the snow will end for inland and western communities as lake effect snow starts to shape up for lakeside areas. Lake effect snow bands will linger until lake morning on Tuesday. The biggest question in the forecast is where exactly do the strongest lake effect bands set up and how long will they last. 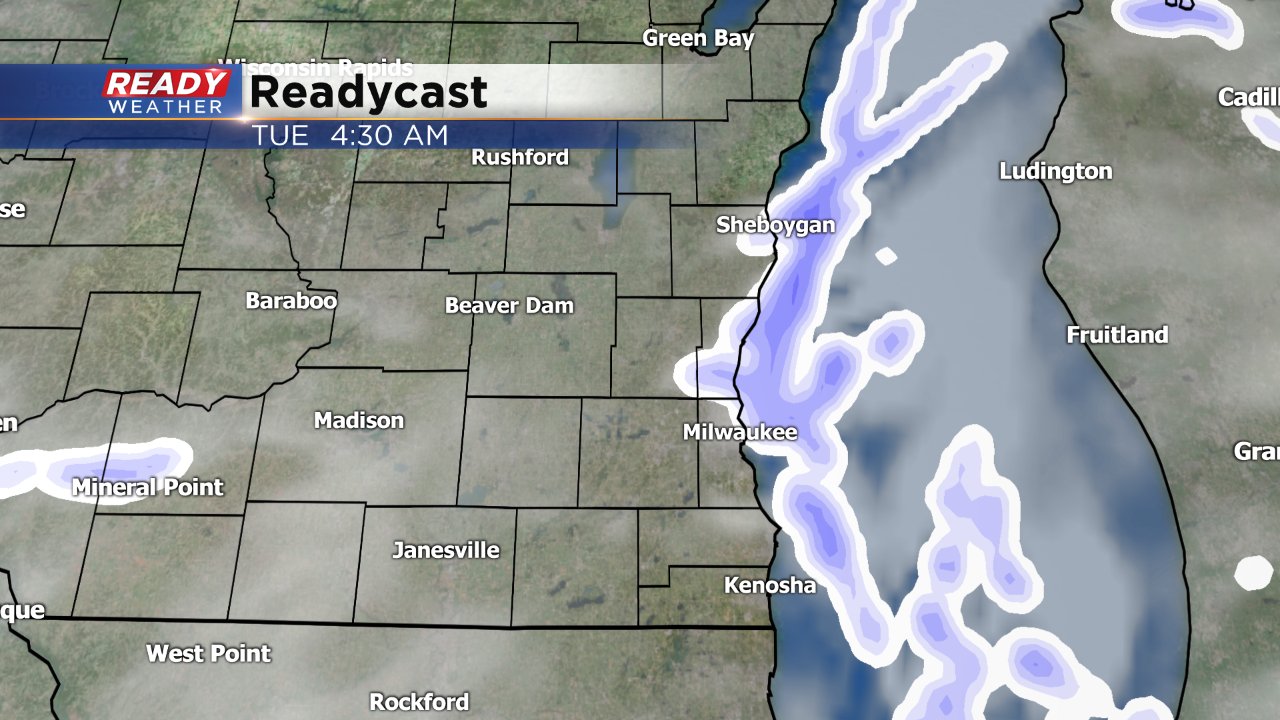 In the advisory area 3" to 5" of snow is expected. Snow will become a bit more heavy and localized in the warning area near the lake with over 5" expected by Tuesday morning.