Winter is coming: Frost and flurries in the forecast this week 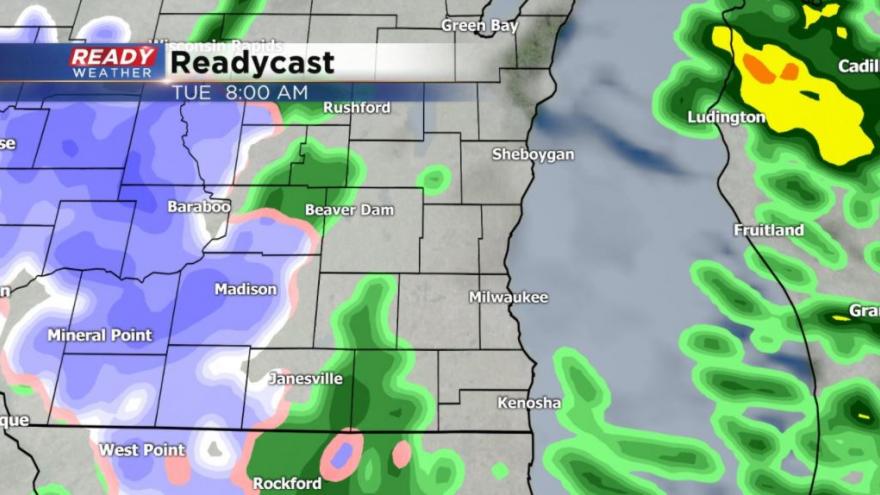 MILWAUKEE (CBS 58) -- Well, we knew it was going to happen some time. Through Sunday, October is on pace to be the warmest October on record with temperatures well above-average, but that will likely change this week. After Monday, temperatures will drop into the lower 50s and upper 40s for highs and lows will flirt with the 30s most mornings.

A cold front will roll through on Tuesday bringing with it scattered showers. The scene outside will be very similar to Sunday with a gloomy sky covered by light rain and drizzle most of the day. During the morning on Tuesday some flurries could mix with rain showers in south central Wisconsin and that mix could happen again on Wednesday.

No sticking snow is expected, but we are getting close to the time of year that we see our first flakes. According to the averages, the first trace (dusting) of snow happens October 28. Milwaukee sees its first measureable snow on November 13 and first inch on December 2 on average. 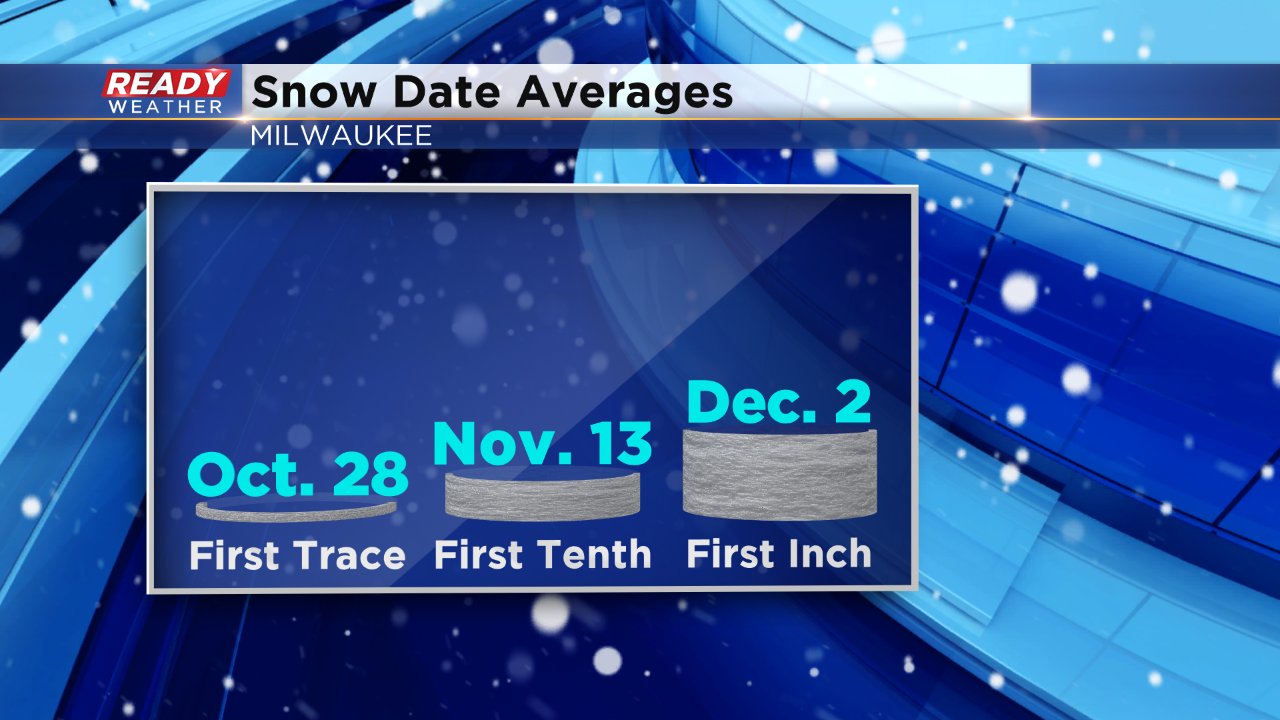 Although the threat for snow flakes may grab the headlines, the cold front will also be responsible for the coldest temperatures of the season. Lows Tuesday night could reach the low 30s inland, but lakeside spots will likely stay away from freezing thanks to a lake temperature that is still at a mild 60°. Patchy frost will be possible inland both Wednesday and Thursday mornings. 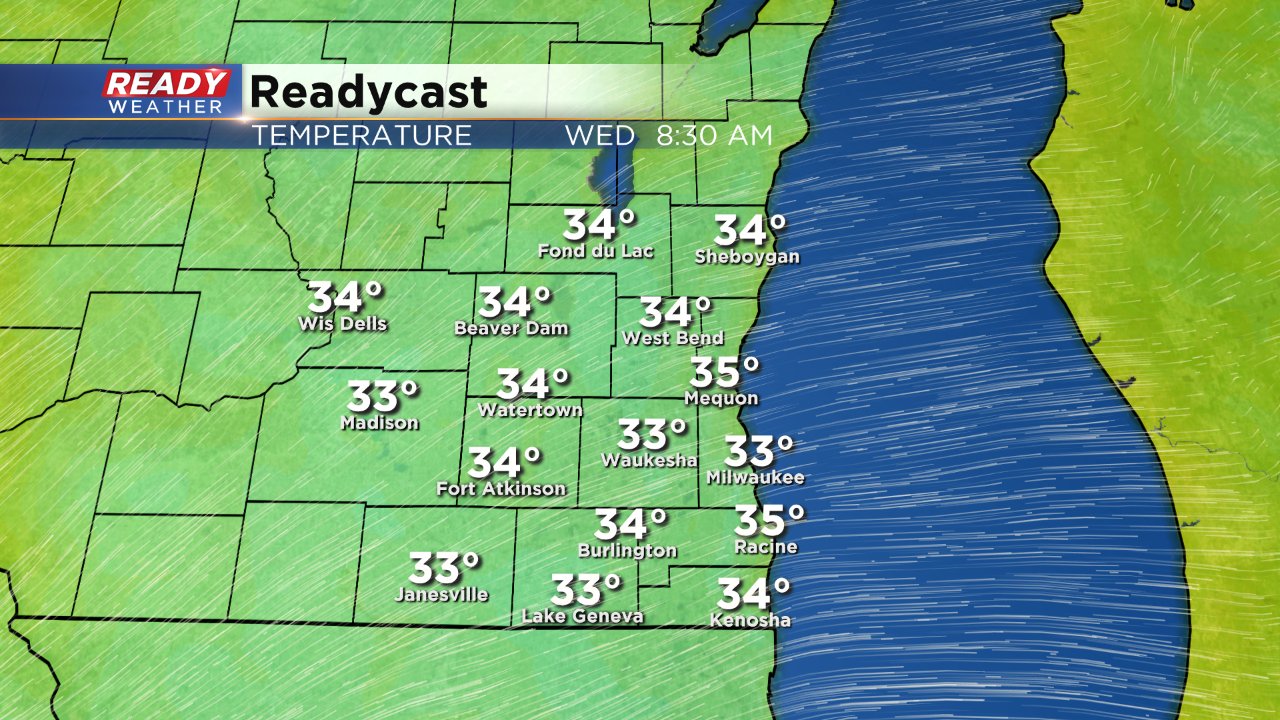 And don't hold your breath if you're looking for some warmth in the forecast, a similar scenario to Tuesday presents itself on Friday and Saturday with scattered rain showers that could mix with flakes and even colder temperatures this time in at most the middle 30s for everyone. Frost and possible freeze headlines will be likely if that forecast holds. 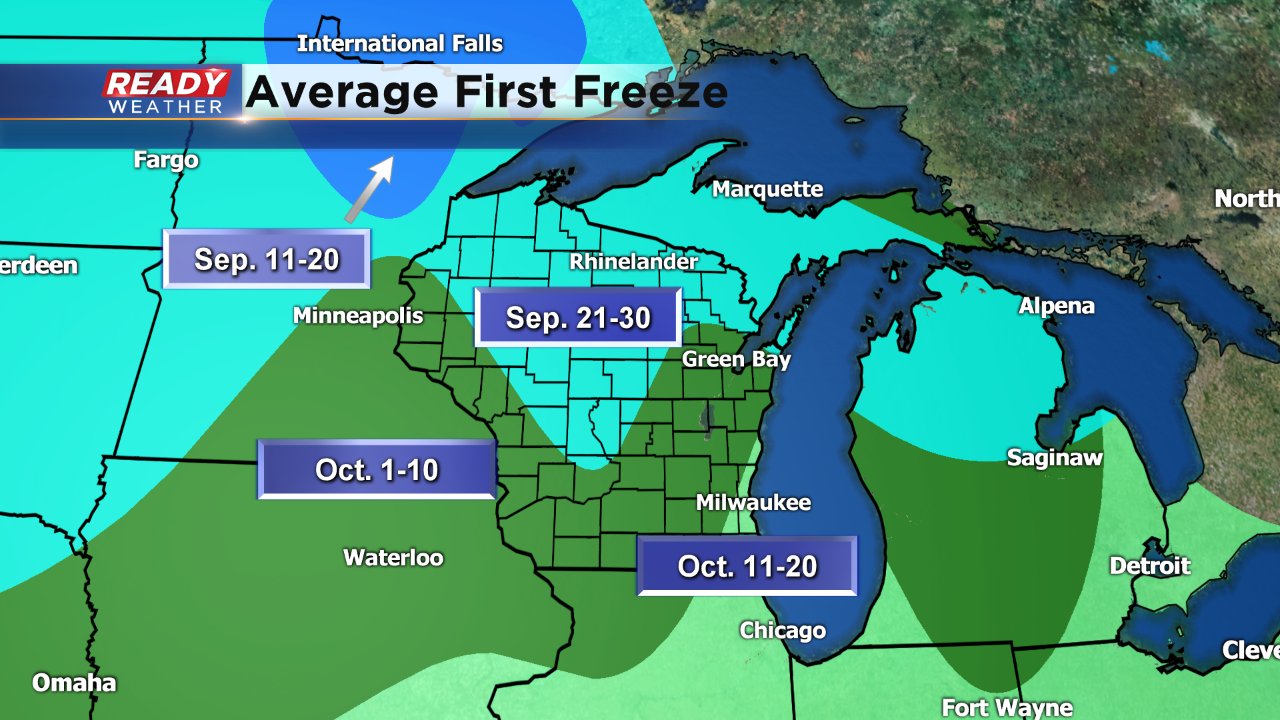 Download the CBS 58 Ready Weather app to track and rain or snow showers that develop. You can also get temperature readings for any location across the country that you wish.