Winter is Coming: Chance for snow and winter-like cold in the forecast 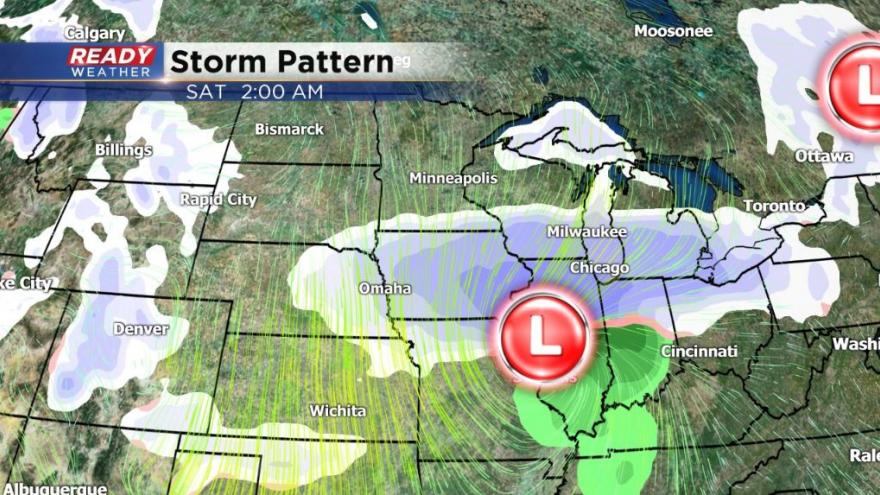 Are you a winter fan tired of not being able to use your snowmobile or enjoy the beautiful covering of snow? Well, according to the latest weather pattern setting up for the second half of January, you're in luck.

So far this winter has been really lackluster. Since December 1 (the start of meteorological winter) Milwaukee has only picked up 1.7" of snow officially at the airport. That is low enough to be the least snowy winter on record. But, there are still 46 days left in meteorological winter and plenty of time to add on to our snow total. 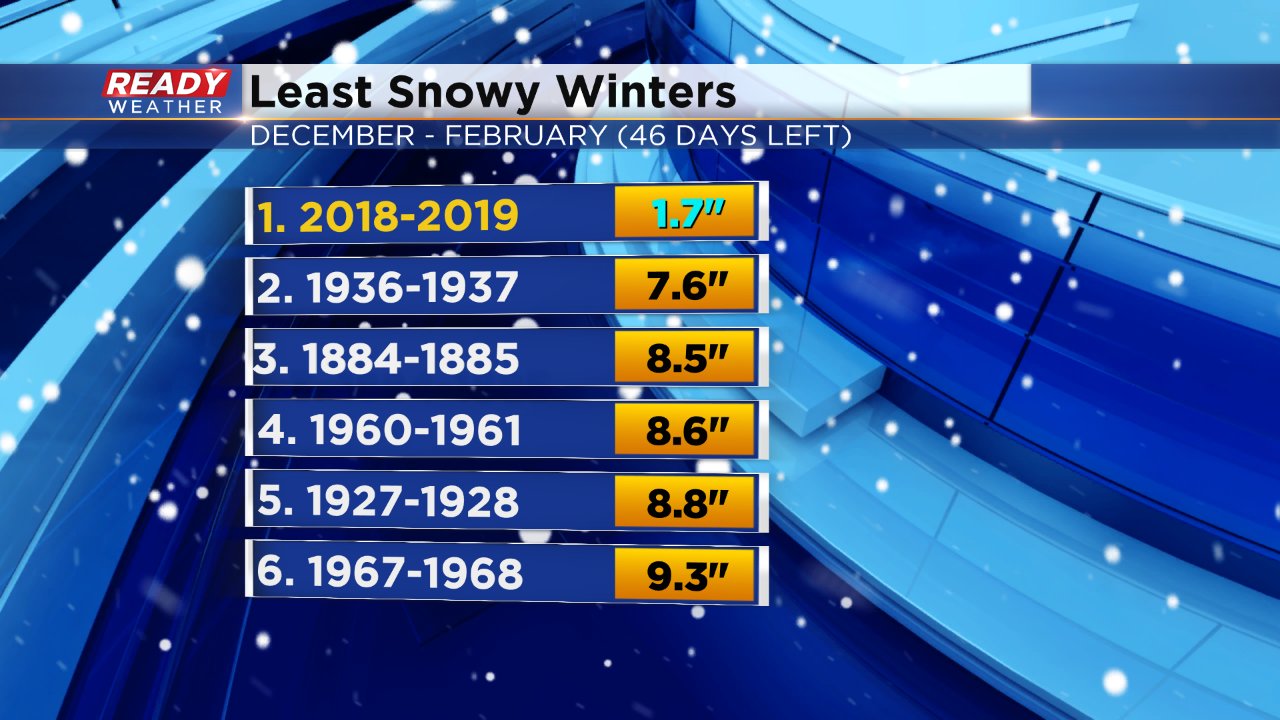 Even if you include the 6.6" of snow Milwaukee picked up in November it would still be the least snowy if you look at records in an October to September time period.

A couple of clippers will pass by to our north this week on Monday, Tuesday and Thursday. Between Monday and Tuesday's we could see a few snow flurries flying around or even a touch of freezing drizzle. No accumulation is expected. 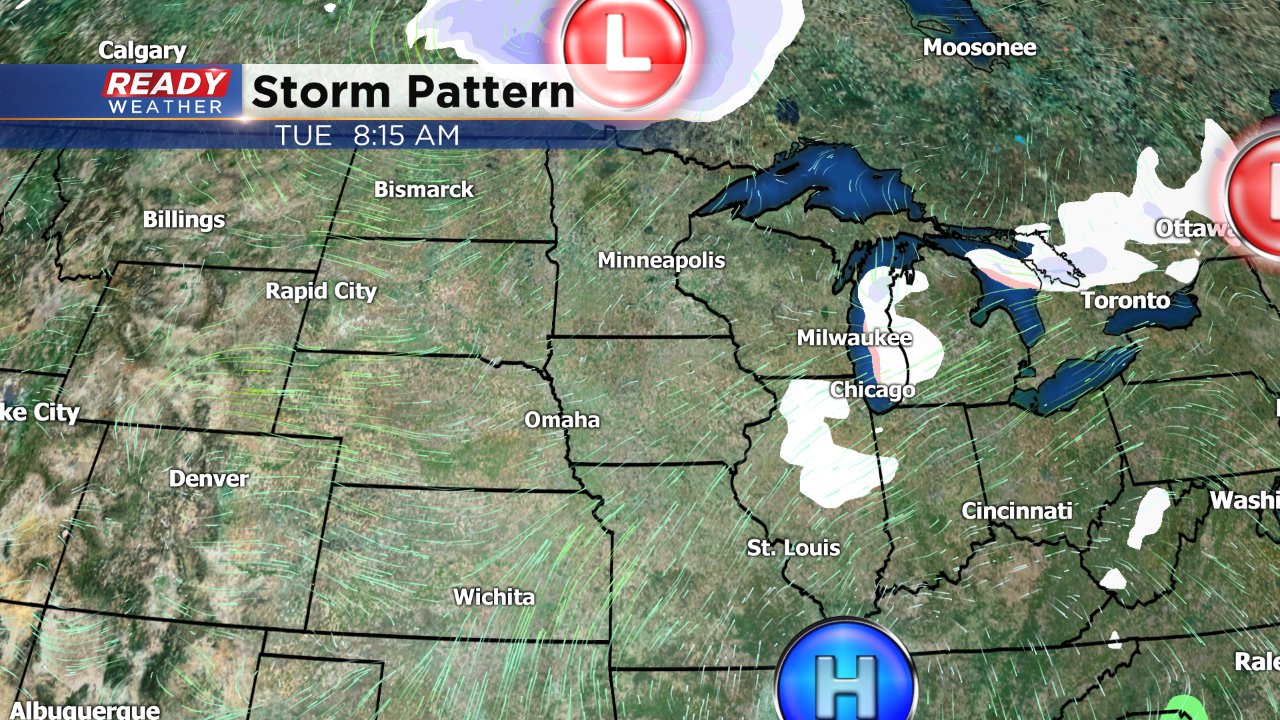 Our next chance for accumulating snow is Friday into Saturday. Weather models have started to come into agreement on the chance for snow so now over the next few days we will look for consistency on the track and amount from model run to model run. It's a very similar track to the major storm that just dropped 20" over the Plains and over a foot in the Mid-Atlantic states, but it does look a little bit farther north which would increase our chance for accumulating snow.

Still too early to talk amounts which won't be done until the middle of the week if the chance for snow stays consistent.

Not only is snow back in the forecast but winter-like cold air is in there too. High temperatures stay barely mild through the work week with highs in the 30s (the average is 29°). Following the chance for snow on Friday night the coldest air of the season arrives. The current Ready Weather 10-Day Forecast only has a high of 17° on Saturday and 19° next Sunday with lows in the single digits for most of us. 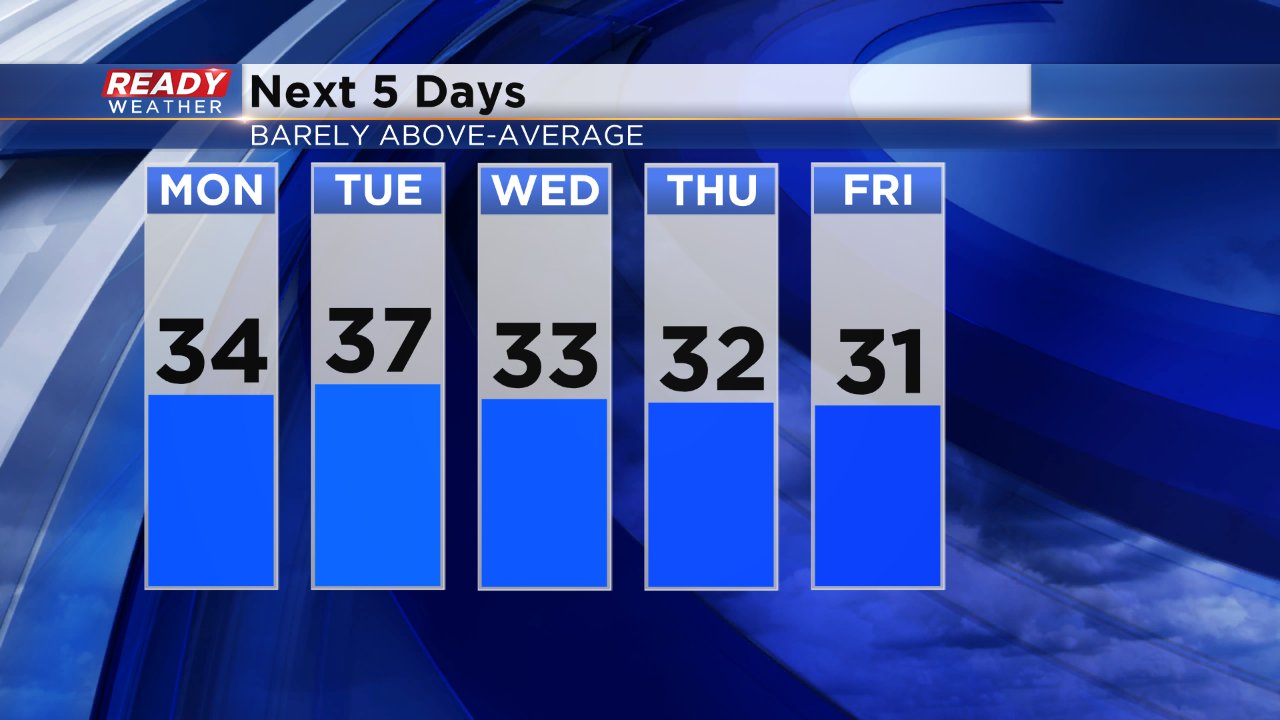 The cold looks to stick around. The latest temperature trend analysis from the Climate Prediction Center puts southeast Wisconsin in a 60% chance of below-average temperatures through the end of January. 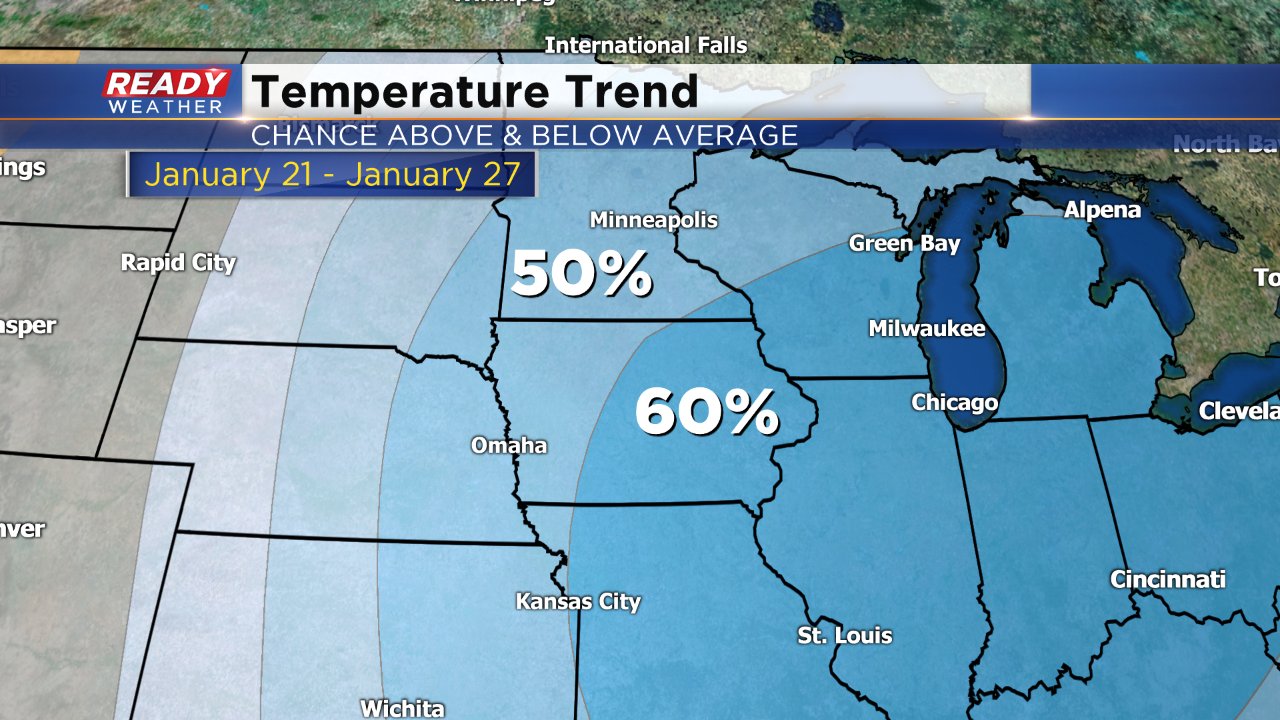 Download the CBS 58 Ready Weather app to track changes in the upcoming snow pattern and see how cold that 10-day is looking.