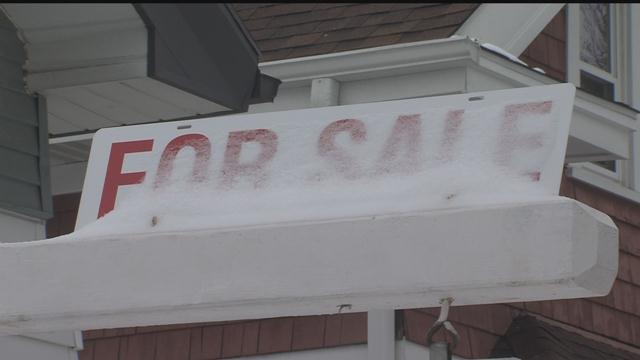 The winter usually puts a chill on home sales, but some experts say 2016 is different for the Milwaukee area.

"You're driving around these neighborhoods and you don't see a lot of signs out [on homes] right now," said realtor Mike Kollmansberger. "But I know there are a lot of buyers looking, so it's a good time to beat the initial spring rush that people think of."

Despite the cold temperatures, there is a booming housing market, Kollmansberger said.

"It's a really good time who are in the market for the first type, a first-time buyer," Kollmansberger said.

Historically low interest rates and relatively mild winter may be contributing factors to the uptick in home sales.

Ron Wolf knows firsthand how hot the market is -- he listed his Waukesha home on January 12 -- and had his first offer less than two weeks later, with several others to follow.

"It was just such an easy process," said Wolf, who lived in the house for almost half a century. "I couldn't believe the activity. I just couldn't."

Despite the ease with which the home was sold, Wolf does have at least one challenge ahead.

"What I didn't realize, after being here for 48 years, is how much stuff we had!"