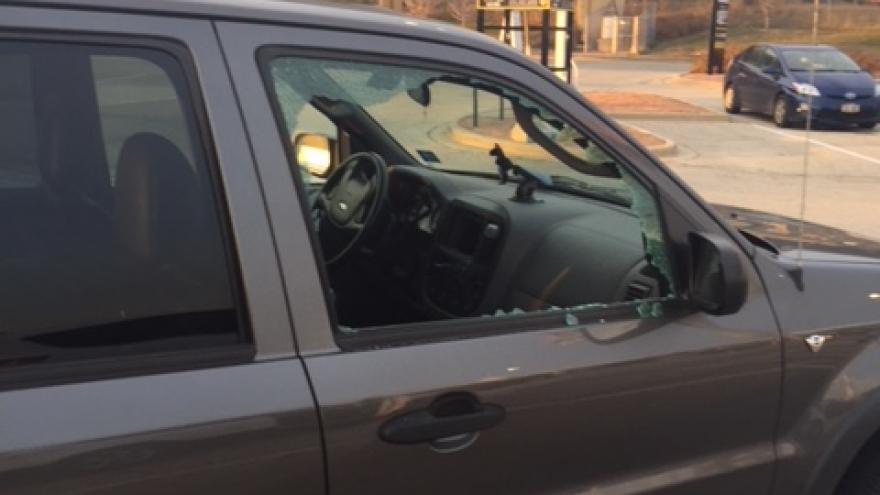 MILWAUKEE, Wis (CBS 58) -- For the second weekend in a row, travelers who used the parking lot at the Intermodal station returned to find their car windows smashed.

Week two of cars with windows smashed near the Milwaukee Intermodal Station.

An evening full of frustration from people returning home from out of town.

"Why, what's their purpose," says Robert Williams. "That's a lot. Whoever did this, what kind of kicks they're getting out of this. Are they teenagers? Some of them might be older."

Around a dozen cars in the parking lot next to the station had not only smashed windows, but items inside rummaged through.

Notes from police are visible on windshields telling owners to give them a call and file a report.

It's the same routine officers did last week with more than 30 cars in this very same area.

"People just find things to do that's unnecessary. That's uncalled for. People work to hard for their stuff for people to do something like that," says Antoinette Williams.

Antoinette says moving forward, she won't make any future plans of parking near the station the next time she takes the train.

"Until they can get some better surveillance cameras doing this and this is the second week. Therefore I wouldn't dare bring my car here. If anything I'd drop my car off with someone you may know in this town. I'd take it to the police station," she says.

CBS 58 reached out to the company that owns this lot for comment both last weekend and this weekend.

There is also no word from Milwaukee Police about any suspects.