We are getting ready for another big push of bitter cold. Temperatures on Sunday stayed in the teens with wind chills hanging out on either side of 0° most of the afternoon due to a breezy wind out of the northwest. In anticipation of dangerous cold, a wind chill advisory has been issued for all of southeast Wisconsin from 10 p.m. Sunday night until 10 a.m. Monday morning. 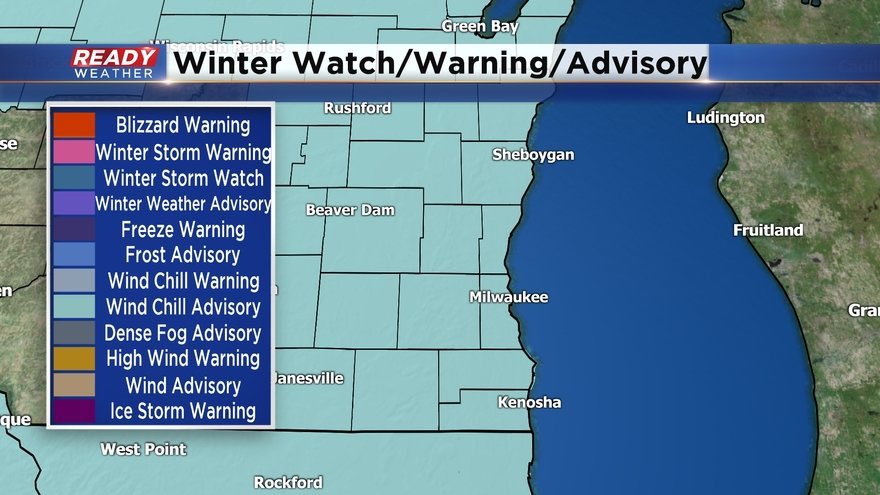 During the advisory wind chills could get close to -30° for some north and western communities and just under -20° for lakeside spots. 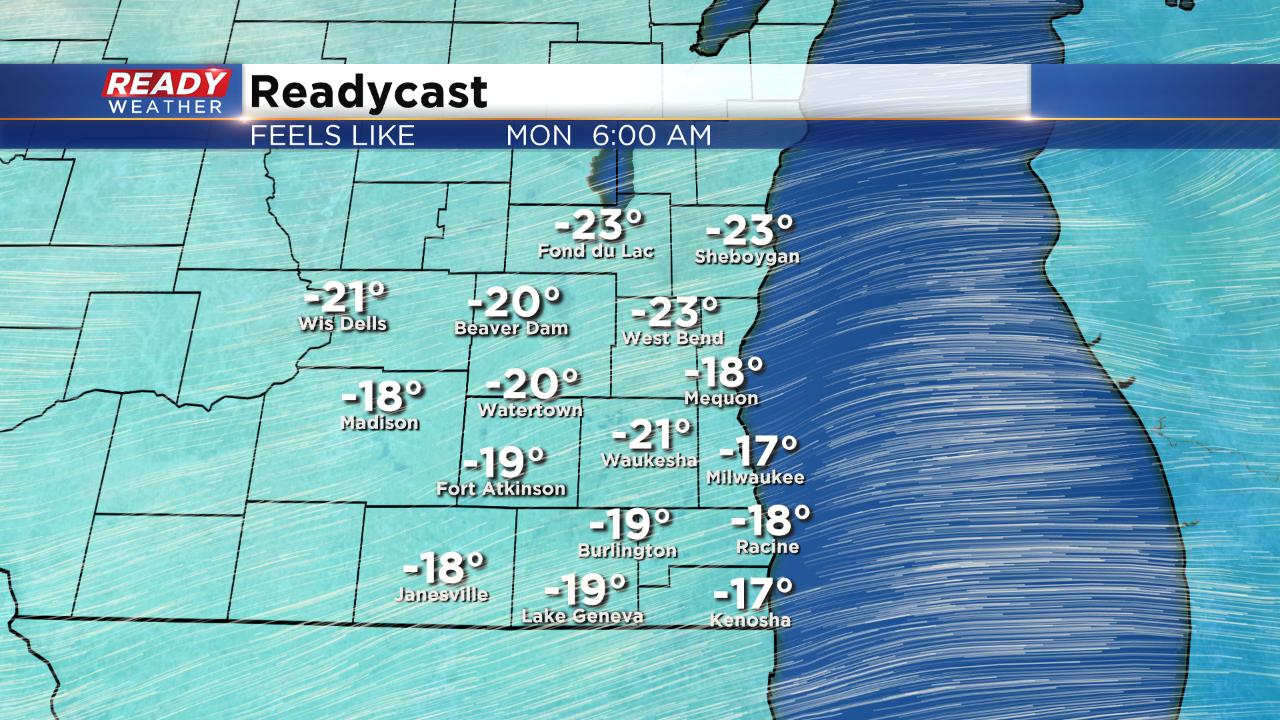 Temperatures have trended a bit warmer Monday night into Tuesday morning due to the threat of clouds and a few snow flurries. That warming trend should keep wind chills just warm enough for a wind chill advisory to not be needed for Tuesday morning but it will still be cold with wind chills from -10 to -15° for most. 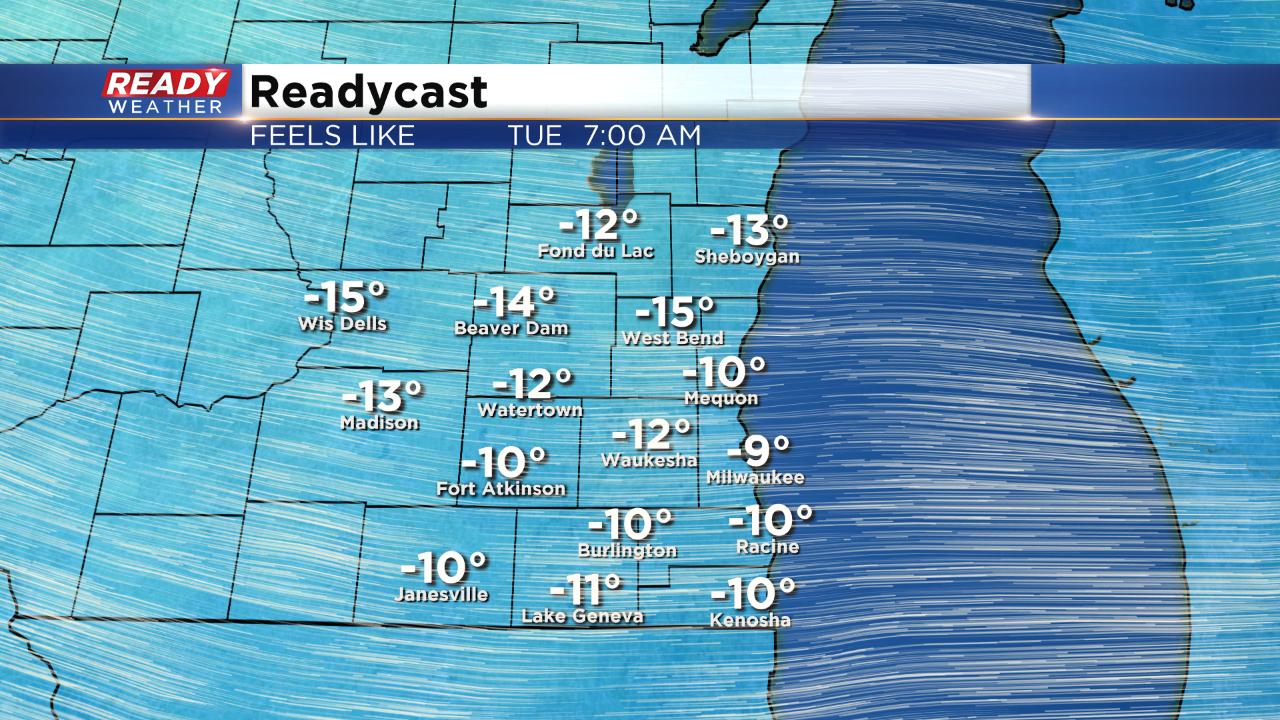 We are still watching records closely starting Monday morning. The best chance for a broken record will be Monday's high temperature where the coldest high temp on record for March 4 sits at 12°. The current forecast is -11°. Record low temps for Monday will get close and Tuesday's 129-year-old record low of -7° looks safe too. 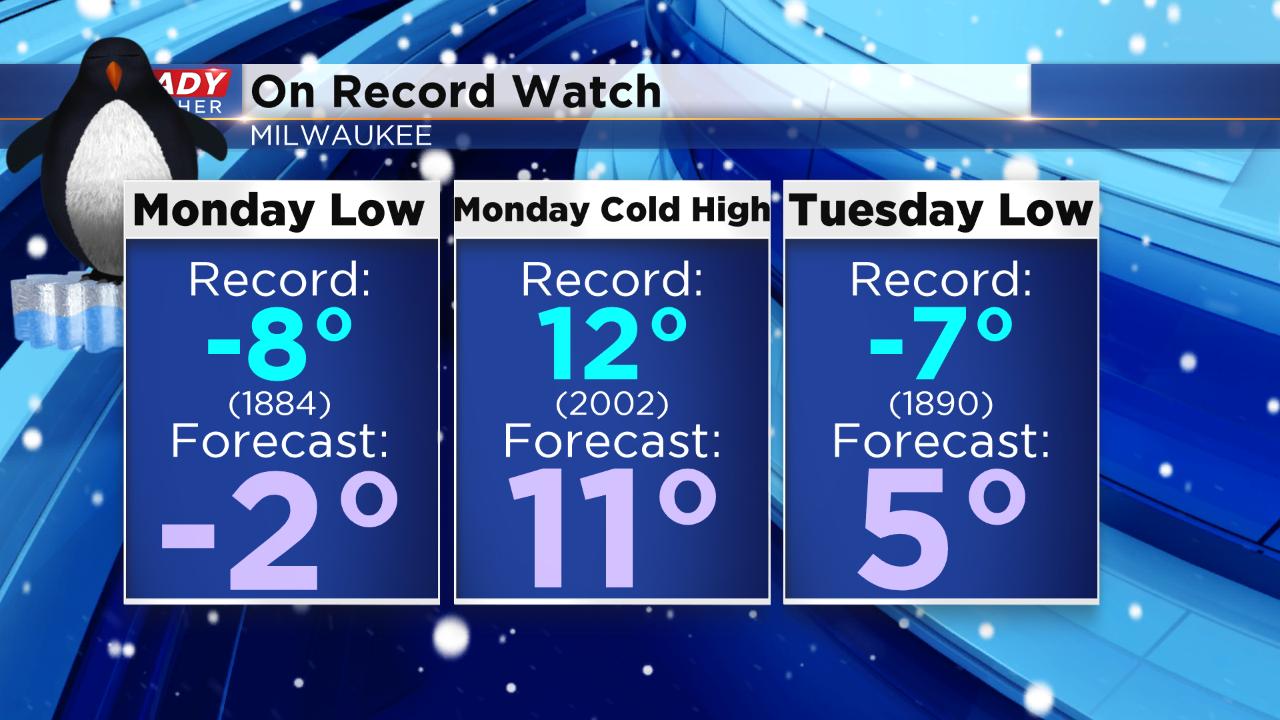 In case you're curious, the coldest temperature ever recorded in Milwaukee in the month of March is -10° which happened on March 1, 1962.

Download the CBS 58 Ready Weather app to see when the 30s return.